Oil Up On Iran Sanctions But Set For Weekly Decline 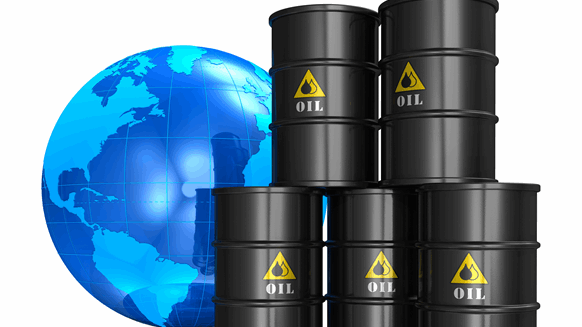 Crude oil prices rose more than 1% as US sanctions against Iran looked set to tighten supply.

A sell-off on Wednesday left both benchmarks down for the week overall, with Brent off 0.5 percent and U.S. crude 1.2 percent lower.

Hedge funds and other money managers cut their bullish positions on U.S. crude in the week ending Aug. 7 to the lowest level since June, data showed on Friday.

"I think it now comes down to the point of what we see in demand numbers."

U.S. crude supplies fell less than expected in the latest week, and data released on Friday showed U.S. energy companies this week added the most oil rigs since May.

Drillers added 10 oil rigs in the week to Aug. 10, bringing the total to 869, the most since March 2015, General Electric Co's Baker Hughes energy services firm said on Friday.

Escalating trade disputes between the U.S, China and other countries have dimmed the outlook for economic growth and boosted the U.S. dollar, making oil more expensive for consumers using other currencies.

Currencies of major emerging economies including China, India and Turkey have slumped.

Despite these worries, prices got a boost from U.S. sanctions against Iran, which from November will affect oil exports from that country.

Although the European Union, China and India oppose the U.S. sanctions against Iran, many are expected to bow to U.S. pressure.

Analysts expect Iranian crude exports to fall by between 500,000 and 1.3 million barrels per day, with buyers in Japan, South Korea and India already dialing back orders.

The reduction will depend on whether buyers of Iranian oil receive waivers that would allow some imports.