Oil Up as Market Starts to Rebalance 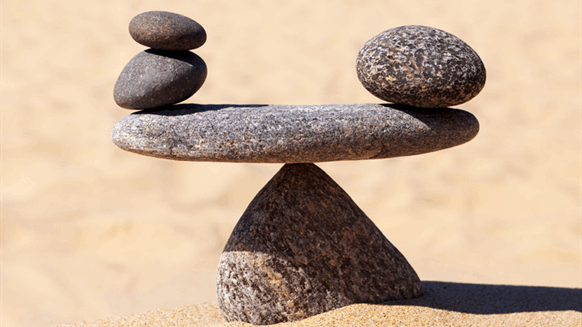 Oil headed for its first back-to-back weekly gain since February.

(Bloomberg) -- Oil headed for its first back-to-back weekly gain since February as output cuts from the biggest producers and a nascent recovery in demand began to rebalance a market awash with crude.

Futures in New York rose toward $25 a barrel on Friday and are up around 24% so far this week. Saudi Arabia, the world’s largest oil exporter, raised the cost of almost all grades for June, suggesting it’s more interested in supporting a recovery in prices than winning market share.

There was also more evidence demand is starting to comeback in the U.S. Gasoline supplied, an indicator of consumption, rose by the most in almost two years last week, while Genscape Inc. reported that stockpiles at the storage hub at Cushing, Oklahoma have fallen since last Friday, which would be the first contraction since late February if confirmed by government data.

While there’s still a massive glut to clear, the encouraging numbers are prompting optimistic assessments from some of the top energy analysts. Global oil demand is on an “improving trajectory” and may exceed supply by the start of June, said Jeffrey Currie, head of commodities research at Goldman Sachs Group Inc. The market will return to balance in July before moving into excess consumption for the rest of the year, according to Standard Chartered Plc.

“The combination of production cuts and optimism is supporting prices for now,” said Michael McCarthy, chief market strategist at CMC Markets Asia Pacific. However, some macroeconomic data suggests the sentiment on improving demand could be misplaced and there’s still a risk that rising inventories could crush the positivity, he said.

While the Saudi pricing announcement brought relief to the market, a robust increase in demand will be needed to sustain higher prices. The kingdom began curbing production in late April as part of the OPEC+ deal, but still exported record amounts of crude last month. The level of excess global supply averaged 21.3 million barrels a day in April, according to Standard Chartered.

U.S. weekly gasoline supplied rose by 804,000 barrels a day last week, the biggest jump since June 2018, according the Energy Information Administration, while the fuel’s premium to diesel climbed to the highest since 2017. Genscape reported on Thursday that stockpiles at Cushing have fallen by 350,000 barrels since last Friday, according to market participants.