Oil Up as Investors Weigh Supply Against Virus 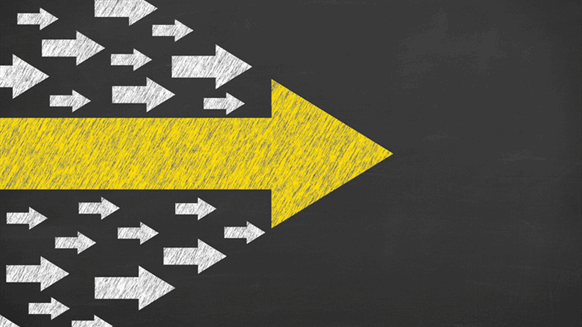 Brent rose 1.1% after climbing 4.3% last week. Libya’s oil exports are expected to fall this month as forces opposed to the government continue to block shipments, while data last week showed the American labor market rebounded in June. However, a surge in U.S. virus cases has pushed global infections above 11.3 million, prompting concerns the recovery may be derailed.

While Brent oil has doubled since April as OPEC+ reduced output to tackle a glut, surging infections across the globe has increased fears of a prolonged hit to demand and kept a lid on further gains. OPEC and its allies are yet to decide on whether to extend their full production cutbacks after July, Russian Energy Minister Alexander Novak said last week.

“Oil prices indicate the overall indecisiveness that the market is facing,” said Michael McCarthy, chief market strategist at CMC Markets Asia Pacific in Sydney, adding that futures have probably peaked for now. “There is increasing concern over demand with the global high in infection rates and the number of countries in the world looking at reintroducing lockdown measures.”

Libya will export two oil cargoes totaling 1.2 million barrels in July -- a third less than in June. The Bouri and Farwah terminals will each ship one cargo of 600,000 barrels, according to an initial loading program seen by Bloomberg. That compares with 1.8 million barrels shipped for all of June.

Meanwhile, the World Health Organization reported a one-day high in global infections over the weekend, while Iran and Indonesia reported their deadliest days yet. Mexico overtook France with the fifth-deadliest outbreak, while India was poised to surpass Russia with the third-highest number of cases.