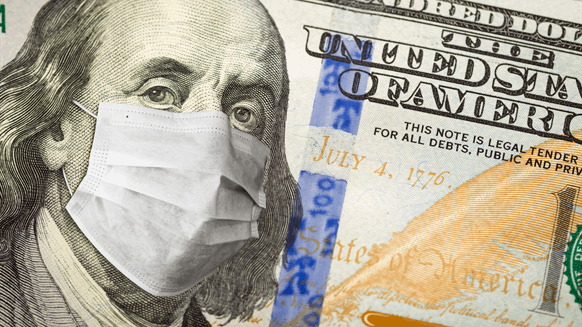 Oil declined, trimming a second weekly advance, as the latest Covid-19 comeback continued to cloud the short-term outlook ahead of the OPEC+ alliance adding more barrels to the market next month.

(Bloomberg) -- Oil declined -- trimming a second weekly advance -- as the latest Covid-19 comeback continued to cloud the short-term outlook ahead of the OPEC+ alliance adding more barrels to the market next month.

Futures in New York fell 0.8% to trade near $73 a barrel after climbing over the past two days. Infections have spiked across the world and some countries have renewed curbs on movement, most notably in Southeast Asia where may people remain unvaccinated. There’s still confidence the recovery will endure, however, with stockpiles falling and fuel demand robust in key consumers.

“The impact of the virus on oil prices will remain marginal for now as long as the major developed Northern Hemisphere economies, which are much more heavily vaccinated, remain on a recovery trajectory,” said Jeffrey Halley, a senior market analyst for Oanda Asia Pacific Pte.

Royal Dutch Shell Plc Chief Executive Officer Ben van Beurden predicted that the demand recovery would remain strong, despite the virus resurgence, but the flare-up has interrupted the rally. Prices are heading for a modest monthly loss for July after climbing in seven of the previous eight months.

OPEC+ will make monthly supply hikes of 400,000 barrels a day from August and continue until all of its production halted during the pandemic is revived. Expectations are that the market will be able to absorb the additional barrels as demand accelerates through the second half of 2021.

The prompt timespread for Brent was $1 in backwardation -- a bullish structure where near-dated contracts are more expensive than later-dated ones. That compares with 88 cents at the start of the month.

“The demand for energy remains intact and there appears to be many waiting to buy on dips,” said Howie Lee, an economist at Oversea-Chinese Banking Corp., adding that a large part of demand is still coming from the U.S. “We see a peak of $80 Brent before the end of this year.”