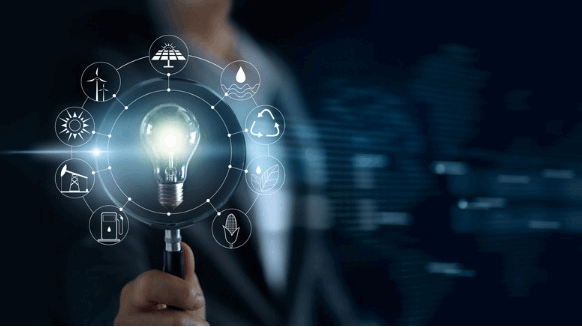 A move into renewables will give the world's biggest commodities traders access to more capital, according to their finance chiefs.

(Bloomberg) -- A move into renewables will give the world’s biggest commodities traders access to more capital as banks reassess their lending practices amid the pandemic and a series of fraud scandals, according to the companies’ finance chiefs.

“Capital is increasingly allocated based on green elements,” said Muriel Schwab, Gunvor Group chief financial officer, at the FT Commodities Global Summit. “If you have a strong business model with clear targets around the energy transition your access to capital is increased and pricing can also be slightly decreased.”

Banks have tightened lending practices and some have even fled from the sector amid unprecedented price volatility during the pandemic and a series of trading-house frauds and bankruptcies in Singapore and the Middle East that led to massive loan losses.

Expanding into trading renewables and other low-carbon commodities will be a key strategy for traders to continue accessing billions in bank loans which they need to fund their day-to-day operations, the traders said. This includes buying, blending and transporting raw materials.

Trafigura Group, the world’s second-biggest metals and independent oil trader, expects to add sustainability targets to some of its lending facilities, Christophe Salmon, the firm’s chief financial officer, told the conference. It will also publish scope 1 and scope 2 emissions targets.

“We think the energy transition is not only a defensive move but an opportunity for new business like renewables,” Salmon said.

Trafigura wants to invest in 2 gigawatts worth of renewables projects in wind, solar and other green technologies, Bloomberg reported in May. A joint venture with an infrastructure investor to be called Nala Renewables could spend as much as $2 billion buying or building assets, the company said this week.

Gunvor has previously linked sustainability targets to a loan for one of its oil refineries. The company’s co-founder and CEO, Torbjorn Tornqvist, said this week he wants to invest 10% of Gunvor’s equity into renewables over the next two years.

Trade finance is the lifeblood of the commodities trading industry and commodities CFOs have spent much of the last six months soothing banking partners anxious about lending to the sector during the pandemic.

All the top traders said they haven’t experienced a significant drop in access to loans during the crisis as there has been a “flight to quality” to the biggest traders even as lending rates have increased.

Still, looming regulatory changes, such as proposed Basel 4 rules, will raise the amount of capital banks will have to hold against commodity loans. The traders say investing in greener fuels will give banks another, more virtuous reason to lend to them. The loans could also help banks achieve their own green targets.

Mercuria is partnering with private equity firms to spend $1.5 billion on battery storage projects in the U.S., its CEO said this week.

Banks are reassessing their relationships with commodity trading clients not just on a quantitative basis but also on a qualitative basis including environment and sustainability targets, Trafigura’s Salmon said.

“Banks are competing internally for the allocation of capital. Our role is to help them,” Gunvor’s Schwab said.