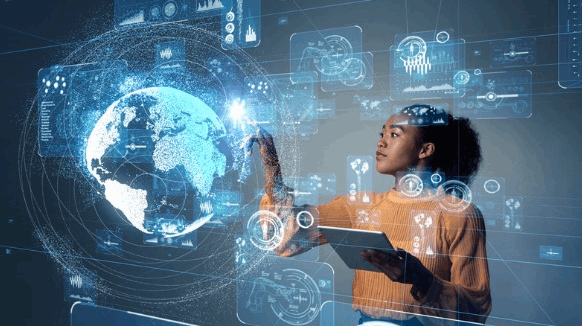 (Bloomberg) -- The world’s biggest oil traders are building massive “data refineries,” to process the millions of information points gathered each day and give them a fresh edge trading raw materials.

The biggest trading merchants are constructing their own proprietary data processing systems as margins from traditional commodities trading are under pressure. At the same time, the once secret market information such as production and processing outages or ship movements have become much more widely available to anyone with a laptop.

Vitol Group, the world’s biggest independent oil trader, now has more than 40 data scientists on its payroll up from just a handful a few years ago.

“Some say data is the oil or energy of the future,” Gerard Delsad, Vitol’s chief information officer, said at the FT Commodities Global Summit Monday.

Vitol’s data scientists have been building the Rotterdam-based company’s data refinery for about two years, Delsad said. It is designed to gather, process, store, clean and refine millions of data points -- from flight bookings and cancellations, real-time road use statistics to restaurant bookings. The refined information offers predictions on supply, demand and prices for the company’s traders and executives in London, Geneva, Houston and Singapore.

“There is so much news flying around,” said Delsad. “Cleaning the data and organizing it properly is going to be key.”

Amid the lockdown disruptions caused by Covid-19, predicting energy demand is suddenly much more crucial and difficult. Vitol’s ability to interpret the tsunami of information is proving invaluable, according to Delsad.

Vitol has recently expanded its power trading operations and Delsad said that the U.S. power grid alone generates more than 9 million bits of information to interpret each day.

“We are trying to understand things on a much more granular level than we used to,” he said.

Smaller rival Mercuria Energy Group has also ramped up its hiring of data scientists adding about six or seven people a year. It currently has about 30, with a focus on gas and power trading.

The next generation of traders are going one better, bringing their own data sets and programs to the role.

“It is becoming more and more common for traders to have coding skills,” Reol said.