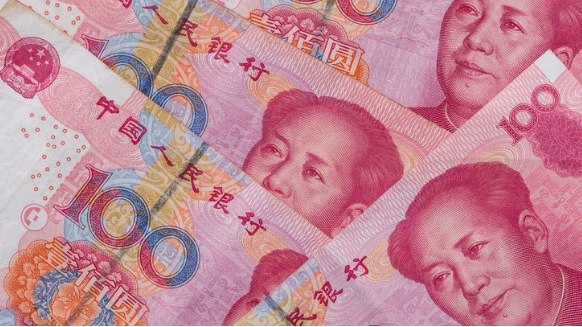 "Great uncertainty" over the coronavirus has discouraged Beijing from setting an economic growth target.

(Bloomberg) -- Oil retreated from the highest level in more than two months with doubts emerging over the strength of China’s economic recovery and as tensions rose between Washington and Beijing.

Futures in New York fell 3.4%. Beijing won’t set a target for economic growth this year due to “great uncertainty” over the coronavirus, although it did announce some new stimulus spending. Equity markets from Asia to Europe fell on expectations that tensions between the U.S. and China will escalate on concerns over a new Hong Kong security law.

In oil, there are warning signs that any recovery will be long and slow. The research unit of state-owned China National Petroleum Corp. said fuel demand in the country will drop by 5% this year. India’s consumption may not recover to pre-coronavirus levels for months.

Still, the market is in much better shape than even a couple of weeks ago. Futures prices are heading for a fourth weekly gain with supply and demand starting to rebalance, while physical barrels have also rallied. American drillers are in the process of curtailing 1.75 million barrels a day of existing production by early June, according to IHS Markit.

“Although there is reason for the high levels, a constant increase is not sustainable or justified,” said Paola Rodriguez Masiu, senior oil market analyst at Rystad Energy. “The market situation is definitely better than a few weeks ago, supply has been curtailed significantly one way or another and demand has also started to recover.”

China’s oil demand earlier this month was probably at 92% of levels at the same time last year, IHS Markit said separately, and full-year consumption is likely to be around 8% lower than in 2019. Independent refineries have boosted their processing back to record highs, according to SCI99.

Meanwhile, output cuts by major producers have been building up and stockpiles have been eroding. Inventories at the U.S. storage hub at Cushing, Oklahoma, shrank by the most on record last week.

The revival of Libya’s oil industry looks even less certain following recent setbacks suffered by Khalifa Haftar, the commander trying to take over last swaths of the country outside his control.
In the U.S., there were signs of some production starting to return as a major Alaskan pipeline ended restrictions on throughput in part after a review of incoming flows.
America is doubling up on imports of the key ingredient to make premium gasoline from India ahead of summer after domestic refiners slashed production in response to the virus-driven demand collapse.

--With assistance from Dan Murtaugh and James Thornhill.

To contact the reporters on this story:
Ann Koh in Singapore at akoh15@bloomberg.net;
Alex Longley in London at alongley@bloomberg.net