Oil Stumbles on Fears of Virus Intensifying Beyond China 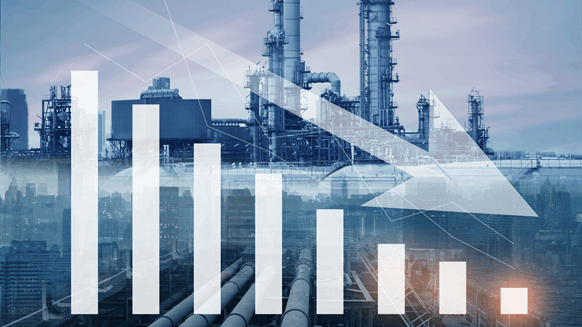 Futures fell 0.9% in New York on Friday. China revised how it calculates infection totals for the third time this month, raising questions about data reliability and confirming the virus’s growing reach. Meanwhile, a key IHS Markit gauge of factories and service providers in the world’s largest economy dropped for the first time in seven years, sparking sell-offs in government bonds and equities.

“The market is seeing a broad risk-off move,” said Jan Stuart, global energy economist at Cornerstone Macro. “Just when the outbreak was beginning to turn, the new cases are making investors wonder if we have more to worry about. There was no move in the structure however, the backwardation in Brent held. Oil followed the move down as investors took money off the table.”

Oil has fallen more than 12% this year as China’s viral outbreak crippled industrial activity and transportation at a time when energy supplies already were abundant. The World Health Organization said if countries don’t respond strongly now, the spread outside China may become a wider threat.

West Texas Intermediate for April delivery fell 50 cents to settle at $53.38 a barrel on the New York Mercantile Exchange, ending the week 2.6% higher.

Brent for April settlement declined 81 cents to settle at $58.50 on the ICE Futures Europe exchange putting its premium over WTI at $5.12. The global benchmark rose 2.1% for the week.

The Organization of Petroleum Exporting Countries and its allies will meet in March as originally scheduled after efforts by Saudi Arabia to hold an emergency meeting failed to materialize amid resistance from Russia. Saudi Arabia’s energy minister dismissed a Dow Jones report on Friday that Riyadh was considering a break from its four-year oil production alliance with Russia. Russia has remained noncommittal to an OPEC proposal for additional production cuts.

“Saudi Arabia needs the production cuts more than Russia,” said Ryan Fitzmaurice, commodities strategist at Rabobank. “Russia will eventually come to the table in March and participate but Saudi Arabia will likely shoulder most of burden to get them to come on board.”

--With assistance from James Thornhill, Grant Smith and Saket Sundria.