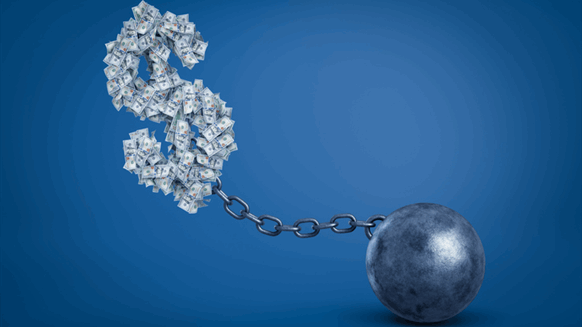 Oil was anchored below $41 a barrel with an industry report signaling a surprise gain in U.S. crude stockpiles.

(Bloomberg) -- Oil was anchored below $41 a barrel with an industry report signaling a surprise gain in U.S. crude stockpiles, while concerns linger about the threat to demand from rising coronavirus infections.

The American Petroleum Institute reported inventories rose by 2.05 million barrels last week, with Cushing supplies expanding for the first time since early May, according to people familiar with the data. Official figures are due Wednesday. Meanwhile, the virus set records across the U.S., with Texas’s daily cases, Arizona’s deaths and California’s hospitalizations hitting new highs.

Oil’s rally from its plunge below zero in April has stalled with rising infections leading to the reintroduction of stricter measures to curb the spread, raising concerns demand may be derailed. OPEC+ is also poised to ease its historic supply cuts next month, with Reuters reporting the U.A.E. is planning to increase crude exports by as much as 300,000 barrels a day in August.

U.S. gasoline stockpiles fell by 1.83 million barrels last week, the API reported on Tuesday. The Energy Information Administration is expected to report inventories of the motor fuel rose by 550,000 barrels, while nationwide crude inventories dropped by 3.25 million, according to a Bloomberg survey.

“We could see WTI trading back below $40 per barrel in the near term, especially if concerns over the surge in Covid-19 cases in the U.S. continues,” said Warren Patterson, head of commodities strategy at ING Bank NV in Singapore. “The market will be watching the gasoline inventory numbers closely, along with implied demand.”

Virus cases in the U.S. rose 1.8% from a day earlier to 2.96 million, according to data compiled by John Hopkins University and Bloomberg News. European officials warned that the impact of the pandemic may be worse than previously estimated and that the recovery may take longer because of a slow easing of restrictions.