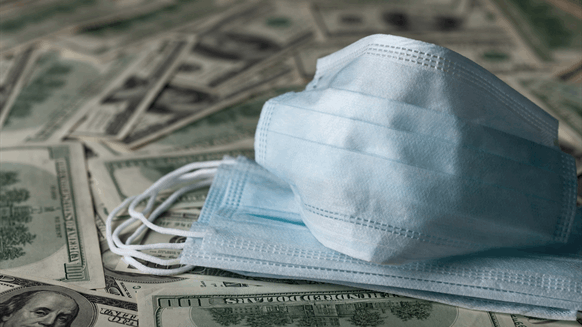 Oil steadied near $41 a barrel in New York with OPEC+ warning of a precarious outlook for the market as a resurgent virus hits consumption.

(Bloomberg) -- Oil steadied near $41 a barrel in New York with OPEC+ warning of a precarious outlook for the market as a resurgent virus hits consumption.

Saudi Arabia’s Energy Minister Prince Abdulaziz bin Salman called on the group to be proactive in the face of uncertain demand as an OPEC+ committee gathered to assess the state of the market. While the panel didn’t discuss if they should press on with plans to taper output cuts, they can change course if needed. Meanwhile, more U.S. stimulus remained elusive as time draws short to reach an agreement on a bill that could pass by the election.

OPEC+ is set to add almost 2 million barrels a day to the market from January if it doesn’t change course, with a larger ministerial meeting that will decide the direction on output cuts scheduled for Nov. 30-Dec. 1. While demand from China is robust, oil is struggling to push past $41 a barrel as rising coronavirus cases and expanding Libyan supply keep prices in check.

“OPEC+ may delay adding supply by three months to April 2021 given the weakening of demand right now,” said Howie Lee, an economist at Oversea-Chinese Banking Corp. in Singapore. With the committee meeting over, the main catalyst to set oil’s direction in the short term is whether an agreement on U.S. stimulus can be ironed out, he added.

Brent’s prompt timespread was 35 cents a barrel in contango, compared with 51 cents at the start of the month. The narrowing spread signals that concerns about over-supply have eased.

While the demand recovery has slowed due to the outbreak, it hasn’t stopped altogether, Russian Energy Minister Alexander Novak said in his opening remarks to the Joint Ministerial Monitoring Committee on Monday. Novak’s comments are the best indicator that OPEC+ is likely to delay plans to taper output cuts, according to UBS Group AG.