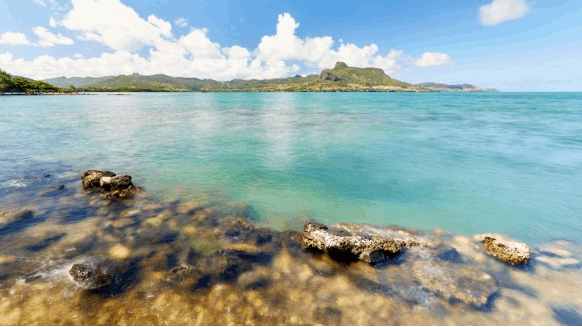 The vessel was carrying low-sulfur fuel oil, diesel and lubricant oil when it went aground.

(Bloomberg) -- Helicopters were deployed to help with a major oil spill clean-up operation after a Nagashiki Shipping Co. tanker leaked fuel off the coast of Mauritius.

A hose connection was established with the ship and helicopters helped to transfer oil, Nagashiki Shipping said in a statement on Monday. Clean-up crews had to contend with bad weather as they rushed to halt the leakage amid concern that the vessel could break apart.

The ship in question is called Wakashio, according to a statement on the website of Mitsui O.S.K. Lines Ltd. The vessel is a so-called bulk carrier designed to transport cargoes like iron ore and is currently just outside a lagoon, data compiled by Bloomberg show.

The incident has blackened the Mauritian coast and left the Indian Ocean island nation facing widespread pollution. Its economy, which relies heavily on tourism thanks to its white beaches, is already reeling from the coronavirus fallout and may be further affected by the spill.

Mauritian authorities on Friday declared an environmental emergency and Prime Minister Pravind Kumar Jugnauth said on Sunday that expert reports showed cracks continued to develop, with the risk of the ship collapsing entirely.

The vessel, en route to Brazil from China, was carrying 3,894 metric tons of low-sulfur fuel oil, 207 tons of diesel and 90 tons of lubricant oil when it went aground off the island’s southeastern coast. The 300-meter-long vessel began spilling fuel oil on Thursday.

There’s still almost 1,960 tons of fuel on board, Jugnauth said on Monday. “It is clear that at one point in time the vessel will break up,” he said.

Nagashiki Shipping pledged to work to “protect the environment and mitigate the effects of the pollution,” according to the statement.

To contact the reporters on this story:
Shiho Takezawa in Tokyo at stakezawa2@bloomberg.net;
Kamlesh Bhuckory in Port Louis at kbhuckory1@bloomberg.net

To contact the editors responsible for this story:
David Malingha at dmalingha@bloomberg.net
Chris Kay