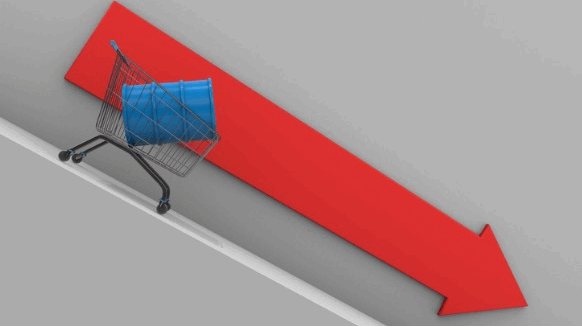 The market has been buoyed by signs that demand is coming back, but renewed fears of a second wave of the coronavirus is spurring some caution.

(Bloomberg) -- Oil slipped from a three-month high before a U.S. government report expected to show another increase in inventories, signaling the market still has its work cut out to clear a massive supply glut.

Crude futures earlier rallied after President Donald Trump insisted the U.S.-China trade deal was “fully intact,” contradicting remarks from a trade adviser that sent markets into a tailspin. While the market has been buoyed in recent days by signs that demand is coming back, renewed fears of a second wave of the coronavirus is spurring some caution.

“Crude has had a draw only three weeks since mid-January, so I wouldn’t be surprised to see another build from this week’s report,” said Michael Hiley, head of over-the-counter energy trading at New York-based LPS Futures.

The weekly round of U.S. inventory data begins with industry figures later on Tuesday. A Bloomberg survey is predicting that stockpiles rose by 1.5 million barrels last week, a sign that the recovery is likely to be uneven. If confirmed by government data Wednesday, it would be a third weekly gain.

In a grim reminder that the pandemic hasn’t gone away, California reported its biggest daily jump, and Florida’s infection rate climbed above 10%. Intensive-care unit capacity in Harris County, Texas -- home to Houston and the nation’s third-most populous county -- will be exhausted in 11 days, based on the two-week average expansion rates.

Oil has rebounded since plunging below zero in April and is now trading around levels last seen in early March, before a short-lived but damaging price war broke out between Russia and Saudi Arabia. Some of the world’s biggest traders have expressed optimism that demand is making a comeback, while OPEC+ laggards are reported to be falling in line with supply cuts.

“If you look at projections of flattening the curve of crude inventories, the peak is now lower and it will come sooner because you’ve got a better outlook on demand than originally feared,” said Peter McNally, an analyst at Third Bridge Group Ltd.

To contact the editors responsible for this story:
Mike Jeffers at mjeffers2@bloomberg.net
Stephen Cunningham