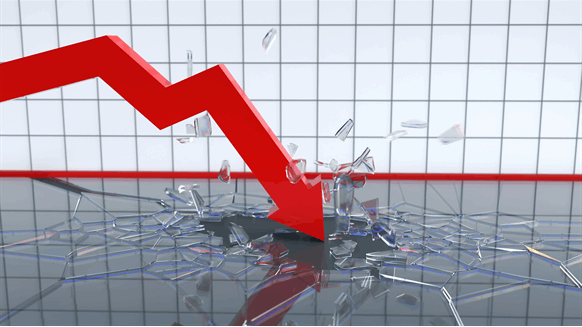 Oil sank the most in three months, erasing a rally that followed the U.S. killing of a top Iranian general.

(Bloomberg) -- Oil sank the most in three months, erasing a rally that followed the U.S. killing of a top Iranian general, after President Donald Trump downplayed the impact of Iran’s attacks on American military bases in Iraq.

Futures in New York reversed an advance that saw prices rise almost 5% earlier when the Islamic Revolutionary Guard Corps claimed responsibility for the missile strikes in Iraq. The U.S. benchmark gave up all its gains for the year on news that no staff had been killed and as Trump said Iran appeared to be standing down. Futures declined further as total U.S. petroleum inventories jumped by almost 15 million barrels last week.

“The conflict has remained limited to the military dimension” and the stage is set for de-escalation, according to Pavel Molchanov, a Houston-based analyst at Raymond James & Associates Inc. “As such, there is no imminent prospect of impact on oil supply,” he said in a note.

Global benchmark Brent crude in London hit a three-month high of almost $72 a barrel immediately after the attack, in which 10 missiles struck the Ayn al-Asad base in western Iraq and another facility in Erbil.

The attack followed the killing of Iranian General Qassem Soleimani last week on Trump’s orders. Tensions have flared between the two nations since the U.S. re-imposed sanctions on Iran last year over its nuclear program.

Iranian Foreign Minister Mohammad Javad Zarif said on Twitter that the country had “concluded proportionate measures in self-defense” and is not seeking “escalation or war.”

“Not a single drop of oil supply has been lost due to the recent incidents and that is why the oil price so quickly has fallen back down again,” said Bjarne Schieldrop, Oslo-based chief commodities analyst at SEB AB.

Prices also abated as officials from the Organization of Petroleum Exporting Countries promised to keep supplies flowing to customers.

“We are not forecasting a shortage of supply unless we have a catastrophic escalation, which we don’t see,” United Arab Emirates Energy Minister Suhail Al Mazrouei said in Abu Dhabi. OPEC Secretary-General Mohammad Barkindo said he was “confident that our leaders are doing everything possible to restore normalcy.”

While oil flows from the Middle East continue unimpeded for now, fears persist about the risk to exports from the region, which accounts for almost a third of global supplies. Half of Saudi Arabia’s production was briefly knocked out by a missile strike in September, and most crude exports from the Persian Gulf transit the Strait of Hormuz waterway, which Iran has in the past threatened to close.

“If Iran seeks further targets for retaliation to the killing of Soleimani, but without crossing declared U.S. red lines that would prompt a military response, energy infrastructure may be appealing,” said Jason Bordoff, a former Obama administration official who now works at Columbia University.

The market’s relatively muted response is another sign that global supplies are in an era of abundance, largely powered by the American shale-oil revolution. Furthermore, OPEC is sitting on huge amounts of spare capacity after reducing supplies for most of the past three years, while big oil consumers including the U.S. and China also hold millions of barrels in strategic reserves that can be deployed to offset any shortage.

--With assistance from Alexander Kwiatkowski and Sharon Cho.

To contact the reporters on this story:
Sheela Tobben in New York at vtobben@bloomberg.net;
Grant Smith in London at gsmith52@bloomberg.net

To contact the editors responsible for this story:
James Herron at jherron9@bloomberg.net
Catherine Traywick, Carlos Caminada