Oil Set for Weekly Loss on US Virus Fears 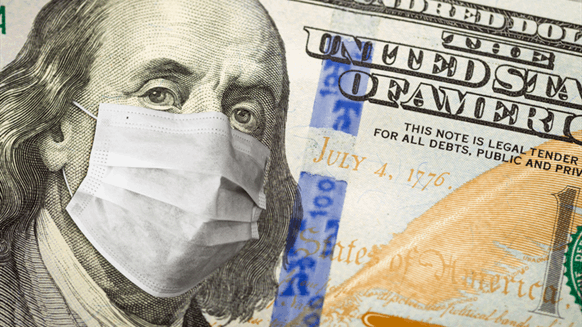 (Bloomberg) -- Oil headed for just its second weekly decline since late April as a surge in coronavirus cases in the U.S. clouded the demand outlook, but the pessimism was tempered by signs Russia is determined to curb output.

Futures in New York rose toward $39 a barrel on Friday, but are still down by about 2% for the week. Texas -- the center of the American oil industry -- halted its re-opening as infections jumped and Houston’s intensive-care wards reached capacity. Cases across the U.S. rose by almost 40,000.

Russian exports of the flagship Urals grade from its three main western ports will plunge by 40% next month, according to loading plans seen by Bloomberg. The steep reductions underscore Moscow and the OPEC+ alliance’s commitment to eliminate the oil glut that was built up earlier in year.

While crude has rebounded rapidly from its plunge below zero in April, the gains have slowed this month. Infections continue to surge in many parts of the world, demand still has a long way to get back to pre-virus levels and many refiners are struggling with low margins. There’s also a risk that U.S. shale producers start bringing back output.

“The market’s concerned about the rising Covid-19 cases in the U.S. and what that would mean for the recovery in demand,” said Daniel Hynes, senior commodity strategist at Australia & New Zealand Banking Group Ltd. “You are going to be see a very headline-driven market, but within a fairly tight range considering the rally we have seen over the past couple of months.”

West Texas Intermediate for August delivery rose 0.5% to $38.90 a barrel on the New York Mercantile Exchange as of 7:34 a.m. in London after closing up 1.9% on Thursday. The U.S. benchmark crude is up around 10% so far this month following an 88% surge in May.

Brent for the same month advanced 0.6% to $41.31 on the ICE Futures Europe exchange and is down 2.1% for the week. The global benchmark crude’s prompt timespread was 2 cents in contango -- where later-dated contracts are more expensive than near-dated ones -- narrowing from 22 cents in contango on Wednesday. The move suggests concerns over excess supply are easing.

In the U.S., the surge in virus cases is coming in some of the most important places for oil demand. Nine of the top 20 gasoline-consuming states are showing an upward trend in infections, Standard Chartered Plc said in a note.

Urals exports from Primorsk and Ust-Luga in the Baltic Sea and Novorossiysk in the Black Sea will fall to to about 785,000 barrels a day in July, the loading plans show. Russia only began shipping from Ust-Luga in 2012 and flows from the three ports have never been lower on a combined basis since then.