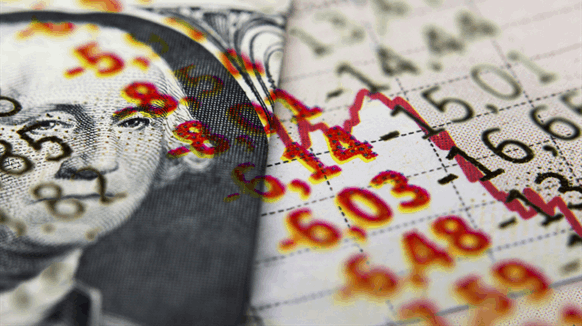 Oil is set for a weekly loss after the steepest one-day drop in more than four years.

(Bloomberg) -- Oil is set for a weekly loss after the steepest one-day drop in more than four years as President Donald Trump abruptly escalated the trade war with China, stoking concerns over slowing growth.

While futures in New York rebounded on Friday, prices are still far from recovering the 7.9% slump on Thursday, the most since February 2015. Trump said 10% levies will be imposed Sept. 1 on $300 billion in Chinese goods after a round of trade talks on Wednesday ended without a breakthrough. The threat compounded fears about declining American manufacturing activity after the Federal Reserve dashed prospects for serial rate cuts to boost growth.

Oil last month capped its smallest monthly move since 1991 as it was caught between concerns global demand may slow and fears crude flows from the Middle East may be disrupted. OPEC’s output slid in July to the lowest in five years as U.S. sanctions on Iran crimped exports from the Persian Gulf nation.

Trump’s “latest comment definitely raised the prospect of the dispute extending for longer,” said Kim Kwangrae, a commodities analyst at Samsung Futures Inc. “Given the wider concern over slowing growth has already been reflected in prices, it remains to be seen whether oil will fall further from here as we have geopolitical risks still lingering in the Middle East.”

Brent for October settlement gained $1.16 to $61.66 a barrel on the ICE Futures Europe Exchange. Front-month prices are down 2.8% this week. The benchmark global crude traded at a premium of $6.81 to WTI for the same month.

America’s new import taxes, which Trump later said could go “well beyond” 25%, will be imposed on a long list of goods expected to include smart-phones and laptop computers. They will come on top of the 25% duty already in place on some $250 billion in Chinese goods and mean that almost all trade with Beijing will be subject to new taxes. Trump in a series of tweets announcing the new tariffs left the door open to further talks.

“The souring U.S.-China trade war confirms the oil market’s worst fears on oversupply,” said Vandana Hari, founder of Vanda Insights in Singapore. “If it all goes downhill from here, attention will shift back on OPEC+ to see if the producers will act to deepen their cuts before the current deal expires.”