Oil Set For Monthly Gain Ahead Of OPEC+ Output Cut 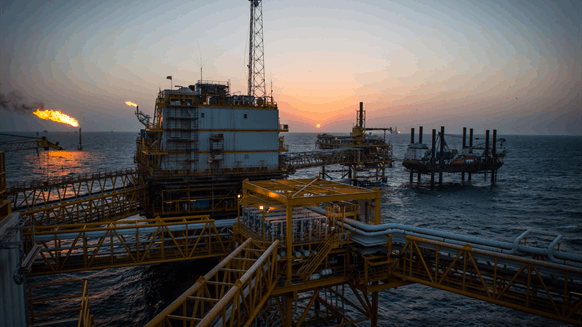 Oil edged lower as weak economic data from China fanned concerns about energy demand, but it was still set for the first monthly advance since May on OPEC+'s planned supply cuts.

Oil edged lower as weak economic data from China fanned concerns about energy demand, but it was still set for the first monthly advance since May on OPEC+’s planned supply cuts.

West Texas Intermediate futures dipped below $87 a barrel on Monday after Chinese government figures showed factory and services activity contracted in October. The nation’s Covid Zero policy and an ongoing slump in the property market have weighed heavily on the nation’s economy this year.

Crude is still up by about 9% this month after a decision by the OPEC+ alliance to make sizable cuts to output. The curbs take effect from November and are the start of an uncertain period for oil supply heading into winter, with the European Union set to implement sanctions on Russian flows in December.

“The market is poised to continue moving higher as Russian sanctions are set to take effect on Dec. 5 and as OPEC+’s 2-million barrel-a-day cut enters into play,” said James Whistler, the managing director of brokerage Vanir Global Markets Pte in Singapore.

Oil has shed a about quarter of its value since June as concerns over a global economic slowdown and tight monetary policy threatened to curtail demand. Investors will be watching interest-rate decisions from central banks including the Federal Reserve this week. The dollar has retreated from a record high even as the Fed kept hiking rates to tame inflation, aiding crude as it makes commodities priced in the currency cheaper for most buyers.

Brent’s prompt spread -- the difference between the two nearest contracts -- was $2 a barrel in backwardation on Monday. That compares with $1.92 at the start of the month.

Iranian Oil Minister Javad Owji will travel to Russia on Monday to discuss a $40 billion agreement with Gazprom PJSC to develop oil and gas fields in Iran, Tasnim news agency reported. Some 50 Iranian officials are already in Moscow for meetings, according to Tasnim.