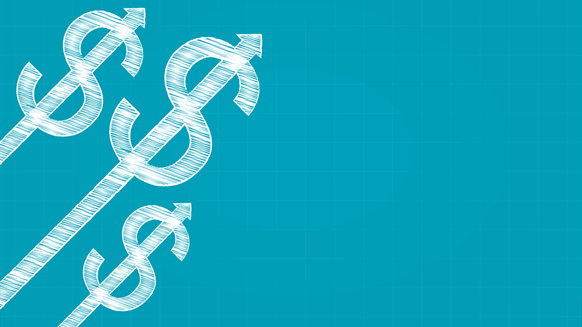 Oil headed for its biggest weekly gain in over 2 years on hopes that OPEC will manage to shrink a glut and trade tensions between the US and China will ease.

(Bloomberg) -- Oil headed for its biggest weekly gain in over two years on hopes that OPEC will manage to shrink a glut and trade tensions between the U.S. and China will ease.

Futures in New York have advanced 10 percent this week, as Saudi Arabia pledged that a producer coalition it’s leading will keep the market in balance. Still, prices are about 30 percent lower than their highs in October even after a rebound since Christmas Eve thrust crude back into a bull market. That signals investors need reassurance that the group will curb supply sufficiently and demand will hold up.

Crude’s direction in coming weeks may be determined by whether the Organization of Petroleum Exporting Countries and allies including Russia implement output cuts they have promised for the first six months of 2019. Also crucial will be the outcome of trade negotiations between the U.S. and China -- the world’s two biggest economies. A deal between the nations could boost flagging global growth that underpins oil demand.

“Oil has had a good rally as Saudi Arabia’s willingness to move forward with cutting output was clearly delivered to the market,” said Hong Sungki, a commodities trader at NH Investment & Securities Co. in Seoul. “But the trade negotiations between the U.S. and China still add some uncertainty to global financial and oil markets, possibly leading to corrections in prices in the shorter term.”

West Texas Intermediate for February delivery traded 20 cents higher at $52.79 a barrel on the New York Mercantile Exchange as of 4:01 p.m. in Singapore on Friday. Futures rose 0.4 percent on Thursday, in their ninth straight daily advance and longest winning streak in nine years.

Brent for March settlement was up 18 cents at $61.86 a barrel on the ICE Futures Europe Exchange in London. It’s risen 8.4 percent this week after gaining 9.3 percent, the most in two years, in the previous week. The global benchmark crude traded at a premium of $8.73 a barrel to WTI for the same month.

Saudi Arabia attempted to assure the market that the production curbs by the OPEC+ coalition will be in place, stating that the world’s top oil exporter has already curtailed its output. The Middle Eastern producer’s energy minister, Khalid Al-Falih, also said that the pledged reductions of 1.2 million barrels a day are “more than sufficient to balance the market.”

While recent progress seen in U.S.-China talks has lifted investor sentiment, global financial markets are still struggling to decipher what exactly may have been promised in their negotiations this week. China’s Ministry of Commerce said on Thursday that the talks between the two sides were “extensive, in-depth and detailed” and laid foundation for a resolution. Chinese Vice Premier Liu He is likely to travel to the U.S. later this month to meet with U.S. Trade Representative Robert Lighthizer and Treasury Secretary Steven Mnuchin.

Meanwhile, dovish commentary by Federal Reserve Chairman Jerome Powell and his deputy Richard Clarida has added to positive investor sentiment. They said that the central bank will be especially cautious about pushing ahead with interest-rate increases after raising them four times last year.

James  |  January 11, 2019
I find to be much more than a coincidence that we see the "Biggest weekly gain in 2 years" the same week an article comes out stating that US shale producers can't sustain their profits with oil trading at less than $50.
William  |  January 11, 2019
It is unbelievable how downward trending of oil products lags greatly on it's downward trend, but the minute a minute glimmer of hope for rising crude prices produces substantial gains in consumer costs. End suppliers are gouging the general public.