Oil Set for Best Week in 3 on Supply Outlook Threat 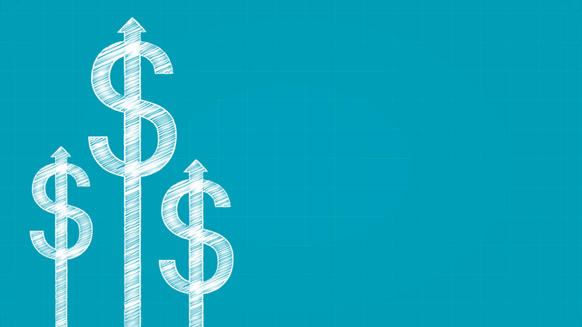 Oil headed for its biggest weekly gain in three weeks.

(Bloomberg) -- Oil headed for its biggest weekly gain in three weeks as simmering Middle East tensions, shrinking U.S. crude inventories and a storm in the Gulf of Mexico all conspired to threaten the supply outlook.

Futures rose 0.7% in New York Friday and are up more than 5% for the week. Tropical Storm Barry, which could hit the Louisiana coast on Saturday, has already curbed about half of the energy output in the Gulf. Iran’s attempt to block the passage of a British tanker in the Persian Gulf ratcheted up tension in the oil-rich region, while American crude stockpiles have fallen to the lowest level in almost three months.

While there are risks to supply in the short term, further out the picture looks different. The Organization of Petroleum Exporting Countries warned Thursday of a glut in 2020 as U.S. shale production surges. The demand outlook is also shaky. Although the world’s two largest economies have called a trade war truce and resumed talks, President Donald Trump complained China hasn’t met a pledge to buy more American farm goods.

“Concerns over a slowdown in global crude demand will continue to weigh on prices despite supply risks stemming from the Middle East tensions and the U.S. storm,” said Jun Inoue, a senior economist at Mizuho Research Institute Ltd. in Tokyo. This will become more apparent when the “short-lived” impact from Tropical Storm Barry passes, he said.

West Texas Intermediate crude for August delivery gained 43 cents to $60.63 a barrel on the New York Mercantile Exchange as of 7:17 a.m. in London. The contract closed down 0.4% Thursday and is up 5.4% for the week.

Brent for September settlement rose 50 cents, or 0.8%, to $67.02 a barrel on the ICE Futures Europe Exchange. Prices are up 4.4% this week. The global benchmark crude traded at a $6.34 premium to WTI for the same month.

Tropical Storm Barry, which was about 90 miles (145 kilometers) south of the Mississippi River’s mouth as of 8 p.m. New York time., may drop as much as 25 inches of rain in some places, according to an advisory from the U.S. National Hurricane Center. Gulf of Mexico operators have shut-in 1.01 million barrels a day of oil production because of the storm, the Bureau of Safety and Environmental Enforcement said in a notice.

The U.K. government said the British Navy intervened to stop Iran from blocking a BP Plc oil tanker, which was trying to pass through the Strait of Hormuz -- the world’s most important oil choke-point. While Iran’s Revolutionary Guard Corps denied trying to impede the British tanker, the incident follows the seizure of a tanker carrying Iranian oil by Britain, which prompted Iran to vow retaliation.