Oil Sees Longest Streak of Gains in More Than a Year 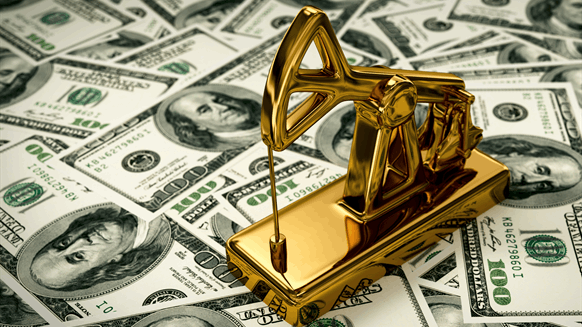 US supply data showed crude inventories fell for a second week after climbing steadily since January.

(Bloomberg) -- Oil posted its longest streak of gains in more than a year, buoyed by output cuts across the globe that have whittled away at a stubborn supply glut.

Futures climbed 1.3% in New York. U.S. supply data showed crude inventories fell for a second week after climbing steadily since January and stockpiles at the storage hub at Cushing, Oklahoma declined by a record. OPEC and its allies are reducing output and IHS Markit Ltd. says U.S. oil producers are also curtailing about 1.75 million barrels a day of existing production by early June.

“There is a lot of narrative out there that the rebalancing is going to come quicker and will be more aggressive than we thought,” said Bart Melek, head of commodity strategy at Toronto Dominion Bank.

Oil’s rally this month into the $30-a-barrel range raises the possibility that shale producers may slowly start to turn on the taps again after futures plunged into negative territory in April, leading to layoffs across the energy industry, a slowdown in drilling and deep declines in the number of oil rigs in operation. Goldman Sachs Group Inc. said U.S. shale will emerge from the current slump as a lower growth and more cash generative industry, while consolidation will concentrate the number of players in the sector.

--With assistance from Alex Longley, Ann Koh and James Thornhill.