Oil Sands Link to US Midwest Gets Final Approval 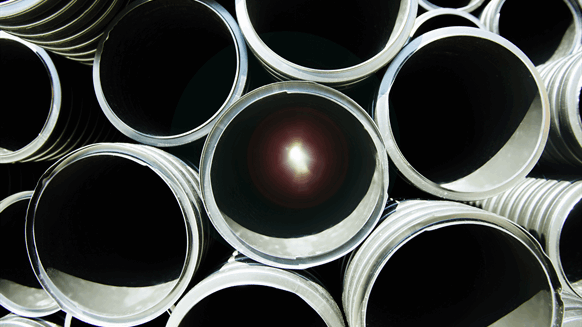 An Enbridge Inc. pipeline that will help ship more Canadian crude to the US Midwest has received final approval.

(Bloomberg) -- An Enbridge Inc. pipeline that will help ship more Canadian crude to the U.S. Midwest received final approval, paving the way for construction to start soon on a third key export project for the oil sands after years of delays.

Minnesota approved the stormwater pollution plan for Enbridge’s Line 3 pipeline replacement and expansion, the project’s last pending permit, the company said on Monday. Construction is expected to take six-to-nine months on a line that will add 370,000 barrels a day of capacity.

Producers in Alberta, which holds the world’s third-largest crude reserves, have seen growth ground to a halt in recent years as a lack of enough export pipelines caused local crude prices to plummet in value. Now, three projects could allow them to ship an extra 1.8 million barrels a day when built.

Work is underway on TC Energy Corp.’s Keystone XL after a decade-long saga for approval, though it’s still unclear if U.S. President Elect Joe Biden will maintain an authorization from the Trump administration for the pipeline to cross the border. Meanwhile, the Trans Mountain pipeline expansion to the Vancouver coast is proceeding in Alberta and British Columbia.

“Line 3 is potentially unique among the three in that it has the potential to be the soonest online,” as early as late 2021, IHS Markit Ltd. Vice President Kevin Birn said by phone.

Line 3 could still encounter state and federal legal hurdles, as well as the prospect of protests that slow construction, delaying the start of service until 2022, Height Commentary said in a note last week. Trans Mountain faces fierce opposition in British Columbia, including from indigenous-led protesters.

Another of the company’s pipelines in the U.S., the Line 5 that crosses the Great Lakes into Michigan, was dealt a blow last month when the state’s government took legal action to shut it down. The pipeline supplies Central Canadian refineries with oil from Alberta.

“Until the barrels are freely flowing, we should take nothing for granted,” Tim McMillan, chief executive officer of the Canadian Association of Petroleum Producers, said by phone.