Oil Sands Crude May Get Heavier Amid Pipeline Shortage 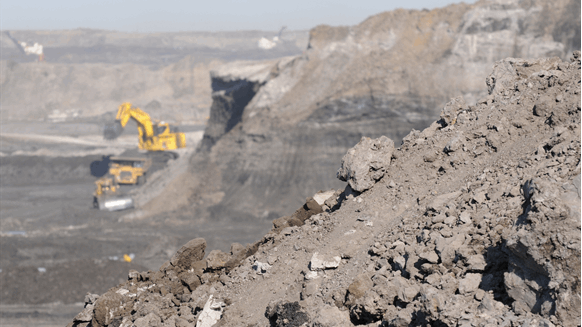 Canada's struggling oil-sands industry has a plan to cut costs while exporting more of their crude: make it even heavier.

(Bloomberg) -- Canada’s struggling oil-sands industry has a plan to cut costs while exporting more of their crude: Make it even heavier.

Companies including Cenovus Energy Inc., Gibson Energy Inc., Imperial Oil Ltd. and MEG Energy Corp. are looking to remove condensate and other light oils from the oil-sands bitumen they produce, so they can get more of it onto rail cars.

Doing so would dramatically reduce the cost of shipping crude by rail to the U.S. Gulf Coast, which otherwise can cost twice as much as shipping by pipeline. Removing the light oils, called diluent, would make rail shipments nearly as cost-effective as pipeline exports, said Dinara Millington, vice president of research at the Canadian Energy Research Institute.

The plan comes after Alberta’s government in October eased mandatory production limits for companies that ship crude by rail. That’s stimulated rail shipments at a time when producers are contending with a supply glut caused by a shortage of pipelines.

Shipping bitumen to the Gulf Coast with little to no diluent can save a producer more than $6 a barrel versus shipping diluted bitumen, according to IHS Markit.

Canadian producers have long considered building diluent recovery units, or DRUs, to remove condensate from their bitumen and shipping more of it by rail. Now, a few companies are pushing ahead with the projects as plans to expand pipelines such as the Trans Mountain line to the Vancouver area and Enbridge Inc.’s Line 3 face repeated delays.

Cenovus plans to submit an application this quarter to build a C$800 million ($602 million) to C$1 billion DRU at its Bruderheim rail terminal, with plans to start construction within a year. The plant would process 180,000 barrels a day of diluted bitumen, stripping out 60,000 barrels a day that would be recycled back to oil-sands sites.

Gibson Energy is working with its partner USD Group LLC. to secure commercial support for a DRU at its Hardisty, Alberta, terminal and is “well advanced” on a commercial agreement with one customer for a portion of the first 100,000 barrels a day required for phase one, Steve Spaulding, chief executive officer, said in an Nov. 5 investor call.

“We are currently working to secure customer commitments for the project; and sanctioning will be dependent on those commitments,” Brian Radiff, Gibson spokesman, said in an email. Construction will take about 18 months with the plant operational as early as the second quarter of 2021.

The pipeline shortage that emerged last year, sending local oil prices tumbling to the lowest in a decade, prompted companies to sign up for long-term rail contracts, said Kevin Birn, IHS Markit’s director of North American crude oil markets. That “taught producers they need to invest in flexibility to ensure they can maximize value of their product,” he said.

To contact the editors responsible for this story:
David Marino at dmarino4@bloomberg.net
Catherine Traywick, Stephen Voss