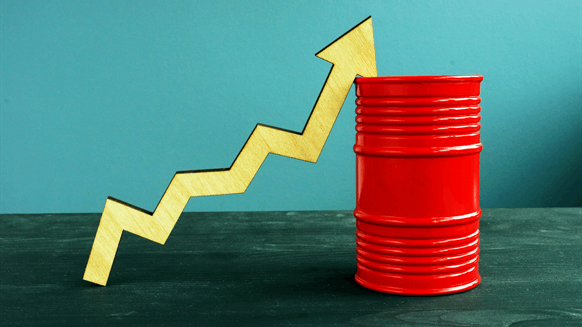 Output cuts by the world's largest producers are whittling down a supply glut while oil consumption is recovering.

(Bloomberg) -- Oil gained in a day of choppy trading as investors weighed supply cuts and a demand rebound against an ominous economic outlook from the Federal Reserve.

West Texas Intermediate crude for July delivery rose 1%. Output cuts by the world’s largest producers are whittling down a supply glut while oil consumption is recovering as economies around the globe emerge from lockdowns. Citigroup Inc. said the oil surplus weighing on the market in the second quarter is expected to turn into a record deficit in the third.

“The demand side has come off the low, the supply side is still falling,” said Peter McNally, global lead for industrials, materials and energy at Third Bridge. “That has led to this bounce back in the prices.”

But investors were disheartened by bearish remarks from Federal Reserve Chair Jerome Powell and Treasury Secretary Steven Mnuchin on Tuesday. The head of the central bank told a Senate committee that Americans could start losing their homes and warned that long-term unemployment can damage the economy.

“People are still locked down and there are still a lot of people without jobs right now,” said Tariq Zahir commodity fund manager at New York-based Tyche Capital Advisors LLC. “It’s really going to fall on the next two weeks of seeing if these states that have opened up, is there going to be an increase in cases.”

WTI futures for June also rose ahead of its expiry on Tuesday. In another indication that the market is finding a new equilibrium, WTI crude for June delivery traded at a premium to the July contract. The structure, known as backwardation, suggests concerns about storage capacity at the key hub in Cushing, Oklahoma, have eased.

Shale oil output from the U.S., the world’s biggest producer, is forecast to fall next month to the lowest since late 2018, according to the Energy Information Administration. There’s also been a “stunning reversal” in OPEC+ shipments in May, data intelligence firm Kpler said, after the alliance’s deal to curb production kicked in at the beginning of the month.

“There’s a lot of optimism baked in here,” said Paul Horsnell, head of commodities research at Standard Chartered Bank. “The market has balanced by supply coming off faster than expected.”

Powell said the central bank is ready to use all tools available to help the U.S. economy endure the coronavirus pandemic, and Mnuchin said he sees the economy improving in the second half of this year.

To contact the editors responsible for this story:
David Marino at dmarino4@bloomberg.net
Catherine Traywick, Christine Buurma