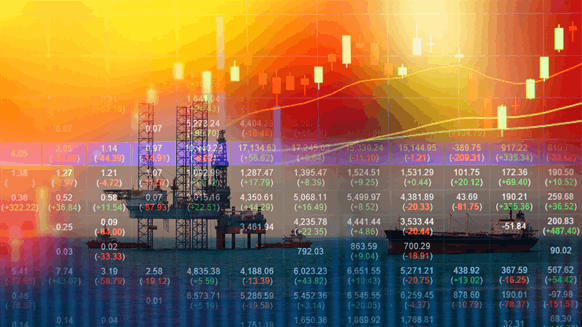 The US Energy Information Administration showed oil inventories declined for the second week in a row.

(Bloomberg) -- Oil rose for the fifth straight session as investors weighed signs the market is rebalancing against what’s still a precarious economic outlook.

“U.S. production is adjusting to the lower demand which is helping to keep inventory levels from reaching the concerns everybody had of reaching capacity,” Rob Thummel, portfolio manager at Tortoise, said in a phone interview. The increase in gasoline inventories is a short-term indicator that demand didn’t rise as much as everyone was expecting last week, he said.

The record draw in Cushing sent a bullish signal to traders. The so-called WTI June/July cash roll traded at 30 cents Wednesday, the first time it’s been in above zero since December, according to Bloomberg data. The price signals that a U.S. supply glut that’s sent benchmark oil spiraling in recent months may be diminishing.

WTI prices have climbed this month amid the nascent recovery in demand and reductions in supply. Frontline Ltd. sees global oil production cuts reversing as early as the second half of 2020, depending on demand and Federal Reserve Bank of Dallas President Robert Kaplan said during an interview on Bloomberg Television that U.S. oil shut-ins may be at their peak right now.

“If you get a little bit of extra demand, suddenly everybody is turning the taps up,” said Michael Hiley, head of over-the-counter energy trading at LPS Futures. “So, the supply could very quickly overwhelm the demand.”

--With assistance from Alex Longley, Ann Koh and James Thornhill.

To contact the editors responsible for this story:
David Marino at dmarino4@bloomberg.net
Mike Jeffers, Christine Buurma