Oil Rises as US Is Said to End Iran Waivers 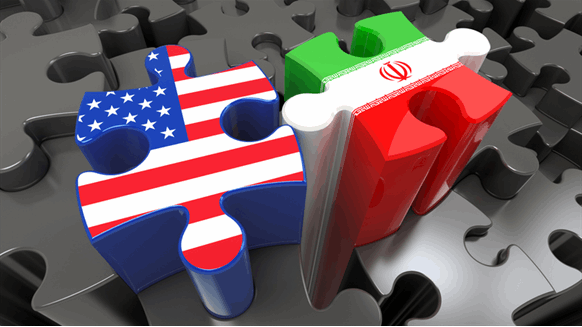 Oil rose to the highest level in almost six months as the U.S. government was said to eliminate sanction waivers that allowed buyers to import Iranian crude.

(Bloomberg) -- Oil rose to the highest level in almost six months as the U.S. government was said to eliminate sanction waivers that allowed buyers to import Iranian crude.

Futures in London jumped as much as 3.3 percent to the highest intraday price since early November. Secretary of State Mike Pompeo will deliver the decision Monday that no waivers from sanctions will be renewed to importers of Iranian oil, according to four people familiar with the matter. The U.S. will also announce offsets through commitments from other suppliers such as Saudi Arabia and the United Arab Emirates.

Oil has rallied almost 40 percent this year as the Organization of Petroleum Exporting Countries and its allies including Russia continued their commitment to curb output in a bid to avert a glut. U.S. sanctions on Iran and Venezuela, along with unexpected losses in Libya, have further squeezed supplies. Signs of slowing production growth in the U.S. and disruption at a key Nigerian pipeline are also bolstering bullish sentiment.

“Prices are rallying as expectations are growing that global supply will be immediately curtailed with the U.S. said to be scrapping its Iran oil waivers,” said Kim Kwangrae, a commodities analyst at Samsung Futures Inc. in Seoul. “That’s coming on top of the dialing back of U.S. explorers.”

Brent for June settlement climbed as much as $2.34 to $74.31 a barrel on the London-based ICE Futures Europe exchange and was at $73.69 a barrel at 2:36 p.m. in Singapore. The contract rose 35 cents on Thursday, capping a fourth weekly advance. No futures were traded in London or New York on Friday due to the Good Friday holiday.

West Texas Intermediate for May delivery, which will expire Monday, rose as much as 2.9 percent to $65.87 a barrel on the New York Mercantile Exchange, while the more-active June contract gained 3 percent to $65.99. WTI was at a discount of $8.15 to Brent for the same month.

The Trump administration’s decision to not extend waivers comes after National Security Advisor John Bolton and his allies argued that the U.S. promises to get tough on the Persian Gulf state were meaningless with the exemptions still in place. The current set of waivers -- issued to China, India, Japan, South Korea, Italy, Greece, Turkey and Taiwan -- will expire in less than two weeks.

South Korea’s Hanwha Total Petrochemical Co., a buyer of Iranian ultra-light oil, has already been buying and testing alternative oil cargoes from regions such as Africa and Australia, said a company spokesman who asked not to be identified because of internal policy. The company is currently waiting for an official response from the government on the waivers.

In the U.S., working oil rigs fell by eight last week to 825 as explorers brought down activity in American fields for the first time in April amid investor demand for spending discipline. Drillers in the Permian Basin idled one rig, while rigs from the Eagle Ford remained unchanged.

Meanwhile, Samsung Futures’ Kim said that further gains in oil prices would hinge on Russia’s stance on the output-reduction pact. Energy Minister Alexander Novak said last week that it’s too early to talk about possible options for the group with regards to the future of the cuts. He said there would likely be discussions about whether OPEC and its allies would extend production curbs at their meeting in Jeddah next month.

Ken Lovasz  |  April 23, 2019
Oil Rises as US Is Said to End Iran Waivers... We have heard this before earlier in the year. I don't think everyone will fall for it this time.