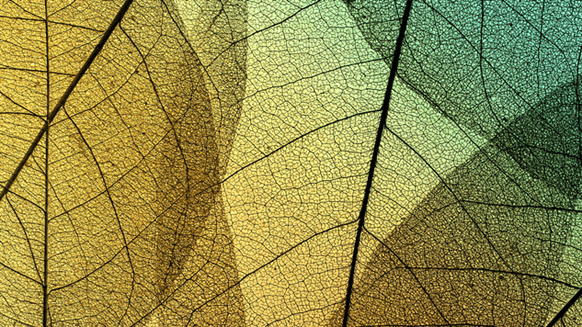 South Sudan's hopes of rebuilding its oil industry and shattered economy after a 5-year civil war hinge on a fragile peace accord.

(Bloomberg) -- South Sudan’s hopes of rebuilding its oil industry and shattered economy after a five-year civil war that killed almost 400,000 people hinge on a fragile peace accord that looks increasingly at risk of unraveling.

Since negotiators from the U.S., U.K. and Norway coaxed President Salva Kiir’s forces and rebel groups into a truce and power-sharing accord 13 months ago, oil production has almost doubled to 200,000 barrels a day -- still down from 350,000 barrels before the conflict. But the two sides remain at odds over regional boundaries and security arrangements, and prospects are bleak they’ll meet a Nov. 12 deadline -- already delayed by six months -- to establish a unity government.

The United Nations last month warned that the possibility of a return to full-scale conflict is rising, with both the government and rebels refusing to compromise and forcibly recruiting children to bolster their ranks. Kiir could trigger violence if he violates the peace accord by reshuffling his cabinet without including opposition and rebel leaders, according to James Okuk, a politics professor at the University of Juba.

“The worst times may commence if the rival forces forego the currently holding comprehensive cease-fire and slip the country back to another intolerable extensive civil war,” Okuk said by phone from Juba, the capital. Oil production could drop to lower levels than during the war and drive the economy of one of the world’s poorest nations even deeper into crisis, he said.

Oil production from the Unity oilfields, operated by China National Petroleum Corp., Malaysia’s Petroliam Nasional Bhd and India’s Oil & Natural Gas Corp., has resumed after being halted by the war. And output from the Paloch oilfields, which is operated by a consortium comprising CNPC, Petronas, Nile Petroleum Corp., Sinopec Corp. and Tri-Ocean Energy Co., and continued operating through the conflict, has been scaled up.

The government is targeting daily output of 250,000 barrels by the end of next year, and ultimately 350,000 barrels from existing fields, Oil Minister Awow Daniel Chuang said by text message.

The discovery of 5.3 million barrels of recoverable crude in the northern oilfields of Adar has further boosted production prospects. The government also intends to grant exploration licenses for seven oil blocks soon if the peace deal holds.

South Sudan’s economy isn’t the only one at risk. Sudan was engulfed in civil war for two decades before a 2005 peace deal that partitioned the country six years later. South Sudan assumed control over three-quarters of the nation’s oil fields, stripping its northern neighbor of much of its revenue. Sudan now relies on pipeline fees and other payments included in a transitional accord to shore up its finances, money that could dry up should hostilities resume.

Under the latest peace deal, Kiir will lead the government with Riek Machar, head of the main insurgent group, as his deputy, while the nation prepares for elections. Sticking points include how the rebels will be incorporated into the army and the number of states that will constitute the East African country.

Machar has warned that unless those issues are addressed, the power-sharing deal will suffer a similar fate to a 2015 accord that allowed for two separate armies to operate in the country. That unraveled just three months after it came into effect as fighting flared between Machar and Kiir’s forces.

“The same issues we are discussing now brought the 2016 crisis,” Machar said in an Oct. 20 briefing. “The security arrangements must be in place at least or the cease-fire, which we have been enjoying for this whole year, will be ruptured.”

Kiir’s administration is ready to implement the accord even if Machar’s group pulls out, Information Minister Michael Makuei Lueth said.

“The opposition is advised to join the government,” Lueth said. All groups should help resolve “outstanding issues instead of standing aside and waiting for the government all the time to do things,” he said.

--With assistance from Karl Maier, Michael Gunn and Gordon Bell.

To contact the reporter on this story:
Okech Francis in Juba at fokech@bloomberg.net

To contact the editors responsible for this story:
Paul Richardson at pmrichardson@bloomberg.net
Mike Cohen, Pauline Bax