Oil Rebounds After WHO Update 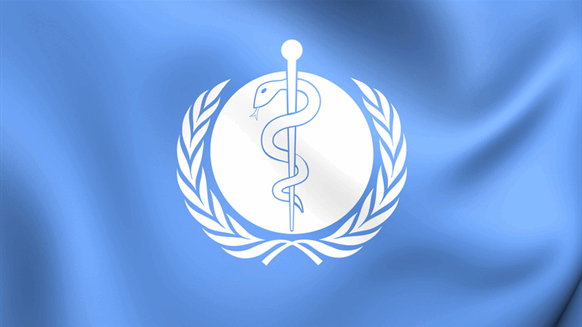 Oil jumped after the World Health Organization said there's no need for travel bans due to the coronavirus.

(Bloomberg) -- Oil jumped after the World Health Organization said there’s no need for travel bans due to the coronavirus, but was still set for its worst month since May as the virus sapped the demand outlook.

The WHO declared a public health emergency of international concern, but said restrictions on commerce weren’t necessary and that it had confidence in China’s ability to control the outbreak. However, that was undercut by the U.S. government telling Americans not to travel to China. The impact of the virus on oil prices prompted Saudi Arabia to push for an emergency meeting of OPEC+ next month, but that is on hold amid resistance from Russia.

Oil has fallen around 10% in the last two weeks as the fast-spreading virus spurred China to lock down entire cities and curb domestic travel, while many airlines canceled flights to and from the country. Investors are bracing for a sizable hit to crude demand from the world’s biggest importer and it’s likely many of the nation’s refineries will cut operating rates or shut down entirely.

Prices got an additional boost on Friday morning in Asia after a Chinese non-manufacturing purchasing managers’ index beat estimates, although Bloomberg Economics said the gauge didn’t reflect the current mood among Chinese firms.

“China has said the impact of the coronavirus is not fully reflected in the January PMI and it’s too early to peer into the crystal ball,” said Howie Lee, an economist at Oversea-Chinese Banking Corp. in Singapore. “Today’s spike could be a knee-jerk reaction and things could get worse before they get better.”

West Texas Intermediate crude for March delivery rose 1.4% to $52.88 a barrel on the New York Mercantile Exchange as of 7:28 a.m. in London after jumping as much as 2.3% earlier. It closed down 2.2% on Thursday and has fallen around 13% so far this month.

Brent for the same month advanced 1.1% to $58.93 a barrel on the London-based ICE Futures Europe exchange after dropping 2.5% on Thursday. It’s down around 11% in January. The global crude benchmark traded at a $6.05 a barrel premium to WTI.

China’s non-manufacturing PMI index jumped to 54.1 in January, higher than analyst expectations of 53, lending some support to oil prices. The virus is expected to have a bigger impact on China’s service sector than on manufacturing, as consumers fly less and eat out less often, said OCBC’s Lee.

--With assistance from James Thornhill and Saket Sundria.