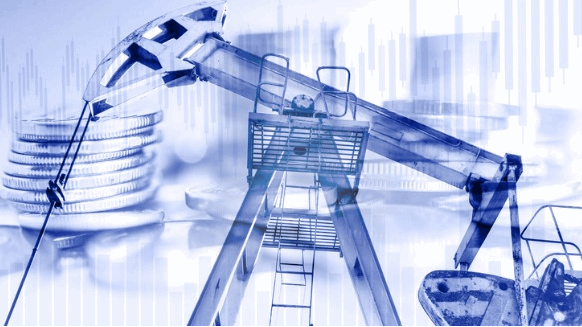 Crude oil dipped Friday but was up for the week.

(Bloomberg) -- U.S. futures and European stocks dropped on Friday as investors mulled a reported conflict among policy makers over a stimulus package for the single-currency region, as well as political upheaval in France.

The Stoxx 600 Index fell after Bloomberg News reported the European Central Bank is facing a potential rift over how much their emergency bond-purchase program should stay weighted toward weaker countries such as Italy. The euro fluctuated following French President Emmanuel Macron’s decision to name a new prime minister after asking his government to resign. Rolls-Royce Holdings Plc slumped after the British jet-engine maker said it’s exploring options to raise funds to strengthen its balance sheet.

The dollar was slightly down, posting its first weekly drop in a month, while American cash equity and bond markets were shut for Independence Day. President Donald Trump will attend an early July 4 celebration at Mount Rushmore with thousands of guests who won’t be required to wear masks, while his U.K. counterpart Boris Johnson urged Britons to act responsibly as pubs prepare to re-open and the government lifts quarantine rules on travel for 60 countries.

The friction at the ECB highlights the risk to markets should promised stimulus measures fall short. Investors continue to weigh policy support and upbeat economic data against relentless new outbreaks of the virus. U.S. payrolls figures Thursday fueled optimism of a V-shaped recovery in the world’s biggest economy, even as Florida reported that infections and hospitalizations jumped the most yet, and Houston had a surge in intensive-care patients. Emerging-market stocks posted the biggest weekly gain in a month.

“There’s still a general positive sentiment about how quickly we’re seeing the recovery,” said Chris Gaffney, president of world markets at TIAA Bank. “But we do think you’re going to see the recovery level off, especially if we continue to see higher case numbers on the virus.”

Elsewhere, crude oil dipped but remained on track for a weekly gain.

To contact the reporters on this story:
Yakob Peterseil in London at ypeterseil@bloomberg.net;
Aline Oyamada in Sao Paulo at aoyamada3@bloomberg.net

To contact the editors responsible for this story:
Lynn Thomasson at lthomasson@bloomberg.net
Cormac Mullen, Robert Brand