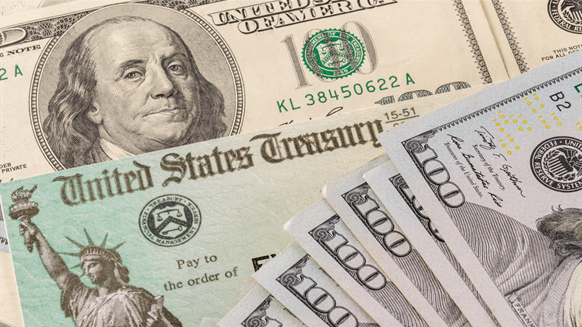 Oil gained for a third day as a Democratic sweep in the US stoked optimism around the prospect of more fiscal stimulus.

(Bloomberg) -- Oil gained for a third day as a Democratic sweep in the U.S. stoked optimism around the prospect of more fiscal stimulus under the incoming Joe Biden administration.

The slight rise of less than 1% on Thursday left futures in New York at their highest since late February. Prices tracked a move higher in equities as Democrats are poised to take control of the Senate, House and presidency, setting the stage for additional virus aid that could boost ailing fuel demand.

This week, Saudi Arabia’s decision to unilaterally cut production by 1 million barrels a day in February and March set off a sharp rally along the oil futures curve, with the nearest contract for benchmark U.S. crude on the verge of trading at a premium to the next month for the first time since May.

Higher prices for closer contracts are a sign of expectations for improving demand, a structure known as backwardation. That’s already the case with the key spread between the closest two December contracts, which is above $2 a barrel and near its strongest level since October 2018 on a settlement basis.

The spreading coronavirus remains a near-term cap to further gains. Accelerating cases across Europe prompted a call from the World Health Organization for stricter measures across the continent, while the U.K.’s latest lockdowns are already compounding a plunge in fuel sales.

“Oil is a real commodity that gets used every day in refineries, so prices are going to be capped” until demand comes back more prominently, said Jay Hatfield, CEO at InfraCap in New York. Prices are “more likely to grind higher than skyrocket higher.”

Meanwhile, the recent price surge has put Brent’s 14-day Relative Strength Index above 70 -- a sign to some traders that the benchmark may be due for a pullback. West Texas Intermediate’s 14-day RSI was also near overbought territory.

The market is also gearing up for another tailwind. On Friday, the annual rebalancing of the world’s main commodity indexes will take place, a move that’s set to see a wave of oil-futures buying. Citigroup Inc. estimates a potential $9 billion of inflows into the market.

“The re-balance will result in massive buying of energy futures while commodity index positions in the metals and agricultural sectors are reduced back to their target weights as per the respective index methodologies,” said Ryan Fitzmaurice, commodities strategist at Rabobank. “Typically there is a great deal of pre-positioning in the market for these events and that could certainly be contributing to the recent oil price strength.”

Beyond the stimulus implications from a Democratic sweep, a Biden presidency may also mean a 5.6% drop in gasoline demand over 30 years as he is expected to match former U.S. President Barack Obama’s fuel efficiency standards, according to a Morgan Stanley report.