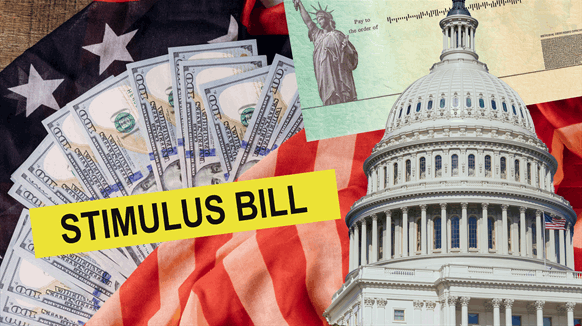 Oil rose with signs of progress on a US stimulus deal that could buoy the ailing demand outlook.

(Bloomberg) -- Oil rose with signs of progress on a U.S. stimulus deal that could buoy the ailing demand outlook.

Futures in New York advanced 1.5% to near $41 a barrel Thursday, the second gain so far this week. House Speaker Nancy Pelosi said she and Treasury Secretary Steven Mnuchin are “just about there” on a deal for a coronavirus relief package even though the Senate still poses a hurdle. Prices were also bolstered after President Vladimir Putin said Russia’s ready to cut oil output further if needed.

“As we near a stimulus package, it sends a positive sign that the U.S. economy will continue to recover and U.S. domestic consumption of petroleum products will continue,” said Gary Cunningham, director of account management and research at Tradition Energy.

Any rally in oil prices still faces resistance from the threat of virus flareups worldwide. In a troubling sign for consumption, Neste Oyj Chief Executive Officer Peter Vanacker said that oil refiners need to cut more capacity, especially in Europe, as demand drops and capacity is added elsewhere. Meanwhile, toll road use in France posted the biggest year-over-year drop last week since July, according to data from Atlantia, which operates such roads.

Meanwhile, the number of Americans filing for unemployment benefits fell more than expected, pointing to a gradual recovery in the labor market.

While Pelosi and Mnuchin will pick up discussions of a stimulus package again Thursday, Senate Republicans remain the ultimate roadblock to enacting a roughly $2 trillion deal under consideration.

“Right now, oil has no direction, it’s gone nowhere in the last several weeks,” said Josh Graves, senior market strategist at RJ O’Brien & Associates LLC. “Traders are analyzing a number of different factors and they’re trying to paint a mosaic of where prices are going to be based on all of this noise that’s out in the market right now.”

Putin’s comments on the planned output hikes from the Organization of Petroleum Exporting Countries and its allies come as traders are increasingly signaling the market can’t absorb the extra barrels. The group faces a decision on whether to change its output policy at a meeting scheduled for Nov. 30-Dec. 1.

“President Putin is only reinforcing the position voiced by his oil minister,” said Harry Tchilinguirian, head of commodities strategy at BNP Paribas. “(He’s) leaving the door open for a change in supply policy but in the same breadth indicating that there is no need to change OPEC+ arrangements yet.”

Meanwhile, physical markets are pointing to some signs of weakness. This week, Mars Blend, a high-sulfur crude, traded at a discount to Nymex oil futures this week for the first time since May, before flipping back to a premium in recent sessions. The price differential decline comes as narrow WTI-Brent and WTI-Dubai spreads discourage interest from overseas.