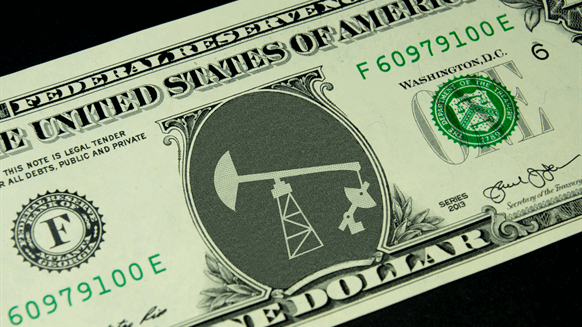 Oil closed higher as a weaker dollar offset an OPEC+ panel's decision to hold off on recommending whether a planned production hike should advance.

(Bloomberg) -- Oil closed higher as a weaker dollar offset an OPEC+ committee’s decision to hold off on offering a recommendation on whether a planned production hike should move forward.

Futures rose 0.2% in rose in New York in an afternoon rally after falling as much as 1.9% earlier in Tuesday’s session. The Bloomberg Dollar Spot Index fell as much as 0.3%, boosting the appeal for commodities priced in the currency. Meanwhile, West Texas Intermediate December options expired Tuesday, with $42 call options the most-active.

Prices weakened earlier after an OPEC+ committee meeting ended without a concrete signal that producers will reverse plans to increase output come January. The producer group had been discussing postponing an output increase by three to six months. Yet, Saudi Energy Minister Prince Abdulaziz bin Salman said the market is too fluid to make a decision on the cuts now.

The OPEC+ alliance is wrestling with a bifurcated demand outlook. In Asia, where consumption has recovered substantially from Covid-19, refiners have been snapping up barrels from the Middle East, U.S. and Russia. The structure of Oman futures on the Dubai Mercantile Exchange has surged into a bullish backwardation -- indicating tight supplies -- in recent days. Yet, in Europe and the U.S., a surge in coronavirus cases has led to tougher restrictions limiting movement and consumption.

“There’s still a question of how much demand growth there’ll be,” said Rob Haworth, senior investment strategist at U.S. Bank Wealth Management. “This is a meaningful near-term problem given still abundant supply and no real evidence of an uptick in global demand growth yet.”

OPEC+ producers are trying to avoid oversupplying the market at a time when ministers have voiced both optimistic and cautious notes on the strength of global demand. Prince Abdulaziz said vaccine developments provide a light at the end of the tunnel, but the market has some way to go before getting there.

The producer group has been dropping hints for weeks that its plan to add almost 2 million barrels a day to oil markets next year may not be such a good idea as demand remains depressed.

Meanwhile, in the U.S., there are expectations for a second straight weekly build in crude stockpiles. The industry-funded American Petroleum Institute will report its figures later Tuesday ahead of a U.S. government tally on Wednesday.