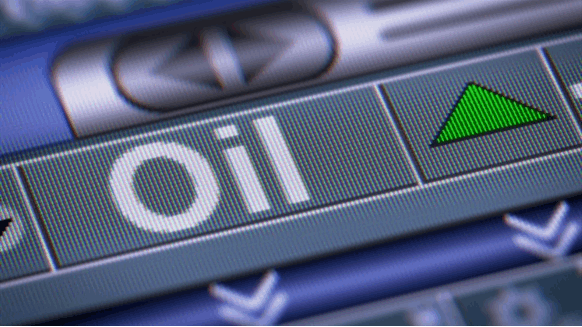 Oil climbed the most since May in New York.

(Bloomberg) -- Oil climbed the most since May in New York, rallying in tandem with equity markets on optimism over the potential for more U.S. fiscal relief that could provide a sorely needed boost to energy demand.

U.S. benchmark crude futures advanced 5.9% on Monday. House Speaker Nancy Pelosi said Friday that President Donald Trump’s Covid-19 diagnosis might change the tenor of the talks on new stimulus. The U.S. president said on Twitter that he is leaving the hospital later on Monday after being treated for the virus. Over the weekend, he tweeted that a stimulus bill needs to get done.

Prices are still recovering from a selloff in recent weeks amid worries that a resurgence of the pandemic in major economies may derail the fragile recovery in oil demand. Reopening plans across the world are being thrown into question, with Governor Andrew Cuomo saying New York City public and private schools in viral hot spots must close Tuesday and Ireland debating a return to full lockdown.

Monday’s rally may be short-lived until refinery utilization returns to normal levels and a stimulus deal actually gets passed, Graves said. “There has to be a number of factors that line up to give traders the confidence to step in.”

Trump will receive a fourth dose of an antiviral drug, Remdesivir, at Walter Reed before he’s discharged and a fifth dose at the White House, his medical team said. They said that both Trump and people around him at the White House would be safe.

With prices heading lower for the year, U.S. output is expected to remain muted as the industry struggles with layoffs and bankruptcies. Almost three-quarters of the pandemic-driven jobs losses in the U.S. petroleum and chemical sectors may not come back before the end of next year, according to Deloitte LLP.

“The U.S. is not going to cap a rally in crude,” said Peter McNally, global head for industrials, materials and energy at Third Bridge. “It’s not like any company is sitting there with a war chest full of capital, able to opportunistically invest in North America and increase drilling activity at low rates.”

Elsewhere, a strike in Norway will cut about 330,000 barrels a day of oil and gas production, about a third of which is oil, lending some immediate support to oil markets. Meanwhile, Total SE Chief Executive Officer Patrick Pouyanne said fuel consumption in Europe is almost back at last year’s level. In the U.S., gasoline demand rose 3.2% in the seven days ending Saturday from a week earlier, reversing three consecutive weeks of declines, according to GasBuddy.

Focus is also shifting to storms in the U.S. Tropical Storm Delta is forecast to become a hurricane in the Gulf of Mexico later this week. Its winds could reach 105 miles (169 kilometers) per hour as it crosses the Gulf, making it a Category 2 storm on the five-step Saffir-Simpson scale, the U.S. National Hurricane Center said Monday.