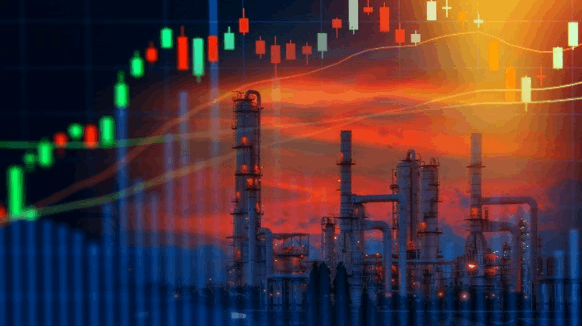 Crude nearly erased all losses with a declining dollar and strong U.S. equities lending support to a market weakened by sluggish demand.

(Bloomberg) -- Crude nearly erased all losses with a declining dollar and strong U.S. equities lending support to a market weakened by sluggish demand.

Futures in New York settled close to flat after dropping as much as 1.9% earlier on Wednesday. The dollar weakened to the lowest level since March and U.S. stocks largely firmed amid signs that Trump administration officials and Senate Republicans are discussing a short-term extension of unemployment insurance.

“If we get close to a short-term stimulus extension for unemployment, that’s probably going to give demand expectations a boost,” said Phil Flynn, senior market analyst at Price Futures Group Inc.

U.S. benchmark crude futures have had trouble breaking out of a narrow trading range near $40 a barrel this month in the wake of a resurgent coronavirus and the OPEC+ alliance’s plans to ease supply cuts next month. American crude inventories are sitting at the highest seasonal level in decades.

As global Covid-19 cases surpassed the 15 million milestone, Baker Hughes Co. said it is bracing for a second wave of lockdowns. The world’s No. 2 oilfield services contractor said worldwide economic contraction probably reached a nadir in the second quarter, but warned that the outlook remains “extremely limited.”

In the U.S., California passed New York, once the epicenter of the outbreak in America, as the state with the most confirmed infections. Arizona reported a 1.3% increase on Wednesday, while Florida reported a 2.6% rise. U.S. President Donald Trump warned that the coronavirus outbreak in the U.S. will probably worsen before improving.

“The U.S. from a demand perspective has appeared to stall out here,” said Nick Holmes, an analyst at Tortoise, which manages about $11 billion in energy-related assets. “It looked like we were going to have a fairly quick bounce-back as cities and states started to open back up, but that’s slowed dramatically over the last couple of weeks.”

“The 500-pound gorilla is really just the virus here,” said Tariq Zahir, managing member of the global macro program at Tyche Capital Advisors LLC. “At this time of year, in mid-July, you’re usually having tremendous amount of driving and a lot of traveling, and you should see draws. Just to see the build here, the main takeaway is, the pandemic is really having an effect.”