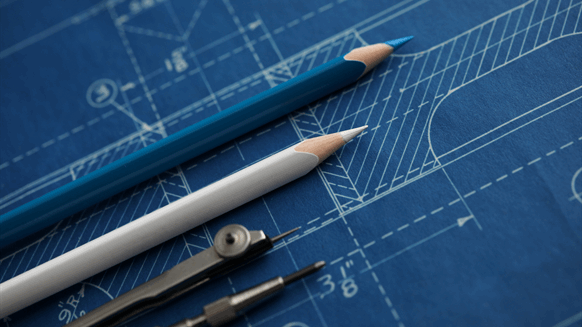 The Biden administration is preparing to release a blueprint for limiting sales of U.S. drilling rights that falls short of the outright ban sought by some environmentalists.

(Bloomberg) -- The Biden administration is preparing to release a blueprint for limiting sales of U.S. drilling rights that falls short of the outright ban sought by some environmentalists, as rising oil and gasoline prices highlight the risks of curtailing domestic crude production.

A draft of the leasing report has already been shared with the White House Office of Domestic Climate Policy and is set to be released within weeks by the Interior Department, according to three people familiar with the matter who asked not to be named before the formal announcement.

Recommendations are set to include key changes to the government’s sale of oil and gas leases on federal lands and waters, including the boosting of royalty rates companies pay to extract fossil fuels and overhauling financial bonding requirements to ensure U.S. taxpayers don’t pay for any future cleanup.

Interior Secretary Deb Haaland has said the review is intended to ensure taxpayers get a fair return on the oil and gas extracted from federal lands.

The Interior Department also is expected to limit new leases in some sensitive coastal and Western areas and begin a broad study of the climate effects of oil and gas development on federal property. But the efforts would still fall short of the permanent leasing ban that dozens of environmental groups have said is necessary to address the climate crisis, according to two of the people familiar with the administration’s approach.

“We’re out of time for tinkering around the edges to address the problem of a climate crisis,” said Randi Spivak, public lands program director for the Center for Biological Diversity. “The science is so clear that there is no room in the carbon budget for any new investment in new fields, so the idea that we will give taxpayers their fair share is just anathema to the climate emergency we face.”

An Interior spokeswoman declined to comment on the matter. But Haaland was direct with lawmakers last month on the topic: “I don’t think there is a plan right now for a permanent ban.”

Environmentalists say modest changes are not enough. More than 50 groups insisted in a letter late last month that President Joe Biden should expand his campaign commitment to “not only end the federal leasing programs, but to wind down existing federal oil and gas production.”

The tightrope walk underscores how the Biden administration faces political risks in any moves to quash leasing on federal territory in New Mexico, the Gulf of Mexico and other regions that collectively supply roughly a quarter of the nation’s crude production -- especially as oil and gasoline prices rise.

Since Biden took office on Jan. 20, the price of West Texas Intermediate crude has climbed from $53.24 to $74.56 per barrel -- a surge that reflects growing fuel demand as coronavirus fears ease in the U.S. and consumers return to the roads. The price of gasoline, which is closely linked to the crude used to make it, has also increased, reaching a nationwide average of $3.14 per gallon on Thursday, according to auto club AAA.

The Organization of Petroleum Exporting Countries and its partners have failed to reach an agreement to increase oil production for August and later months, despite pressure from Biden administration officials for a deal that could blunt prices globally.

At the same time, federal pandemic aid and economic stimulus checks are subsiding, heightening the effects of increasing gas prices on U.S. consumers and increasing potential political risks for Biden.

“Six months ago, with people still sequestered in their homes and global oil demand still in the basement, this wasn’t going to be as worrisome as it is today,” said Kevin Book, managing director of the research firm ClearView Energy Partners. “In politics and optics, there’s no way to separate a president who is imposing new strictures on federal lands from a high pump price. The Republican attack lines write themselves.”

The attacks are already coming.

Representative Steve Scalise of Louisiana, the second-ranking Republican in the House, has accused Biden and congressional Democrats of pushing a “radical agenda” that’s led to “higher energy prices.” And Representative Bill Johnson, an Ohio Republican, used a video taped at a filling station to highlight the sharp rise in gasoline costs earlier this month, asserting “the Biden administration and his policies are trying to stamp down and stop America’s energy development here at home.”

White House Press Secretary Jen Psaki stressed the administration is “constantly monitoring gas prices” when asked about the stalled OPEC talks on July 6. “The president wants Americans to have access to affordable and reliable energy, including at the pump,” she said.

The Interior Department already paused new leasing while it conducted its review. Although a federal judge ordered the agency to resume selling leases in a June 15 ruling, it has yet to announce new auctions.

“It’s sensible to review the program, but we’re hopeful that review is expedited and that its recommendations are don’t hinder our energy security and our production,” said American Petroleum Institute senior vice president Frank Macchiarola.

The National Ocean Industries Association has argued for resuming auctions of long-tapped territory in the Gulf of Mexico that provided 17% of U.S. crude production in 2020.

“There’s a lot at stake from an economic standpoint,” said Erik Milito, president of the group. Right now, “you’ve got demand picking up, you’ve got constrained supply, and if there are decisions that are made to further constrain supply over the long term, that’s going to send a terrible signal about the administration’s efforts when it comes to helping the consumer out with affordable energy.”

The Biden administration faces legal obstacles to permanently and immediately stop selling drilling rights, but environmentalists are urging Haaland to seize her power under federal law to withdraw land from leasing for two decades. Although another statute requires the government to prepare a five-year program of offshore oil and gas lease sales, activists say the administration could develop a lean plan for just a handful of auctions of sparse territory.

“Traditionally gas prices have been the big X factor,” but the public seems to care about it less in comparison to the consequences of climate change they are experiencing now, Manuel said. “If they do make decisions under that frame of climate, we think they’re going to get to a drilling ban -- maybe not in this report but eventually.”