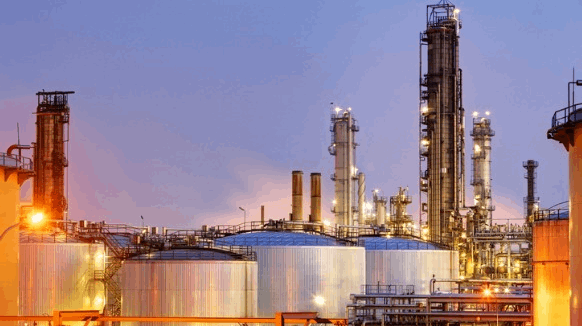 Oil rose after a government report showed US distillate stockpiles declined the most since March but gains were limited.

(Bloomberg) -- Oil rose after a government report showed U.S. distillate stockpiles declined the most since March but gains were limited by renewed concerns over the speed of the economic recovery from the pandemic.

Futures in New York increased 0.3% on Wednesday after earlier swinging between gains and losses. The market drew support from an Energy Information Administration report showing declines in U.S. crude and refined product inventories, but futures were held back from a stronger rally as equities slid. The S&P 500 Index fell as much as 2.4% after Federal Reserve Chairman Jerome Powell reiterated his view that there’s a long way to go for the economic rebound.

The EIA report “should really be enough to put crude oil into the green,” said Bob Yawger, head of the futures division at Mizuho Securities. But “it’s very difficult for crude to rally strongly in the face of that kind of slide” in U.S. equities.

The market is struggling to eke out further gains with a resurgence in coronavirus cases and the prospect of new lockdown measures clouding the outlook for a pickup in consumption. The head of commodities trader Mercuria Energy Group earlier warned that global oil markets won’t be able to absorb planned production increases by OPEC+ members as demand remains weaker than expected.

“If you start to see cases trend upwards, you could have other stay-at-home” restrictions, said Tariq Zahir, managing member of the global macro program at Tyche Capital Advisors LLC. “There’s more uncertainty going forward here, and it’s going to put risk on demand.”

Earlier in the session, U.S. benchmark crude futures rose as much as 2.4%, with over 9,000 lots traded in a minute at 12:37 p.m. New York time. The price surge swept through Brent and product futures as well, but quickly faded across the board.

While the EIA report showed the biggest reduction in diesel stockpiles since Covid-19 ground U.S. economic activity to a near halt, inventories of the fuel are still near their highest seasonal level in almost 30 years. In Europe, the profit from turning crude into diesel slipped toward $2 a barrel on Tuesday, going to its weakest since at least 2011.

“Demand is poor and on the supply side refiners are pushing jet fuel into the diesel pool. The result is that diesel inventories keep growing,” Marco Dunand, Mercuria’s co-founder and Chief Executive, said in an interview. “Diesel is the biggest problem in the oil market, by a long shot.”