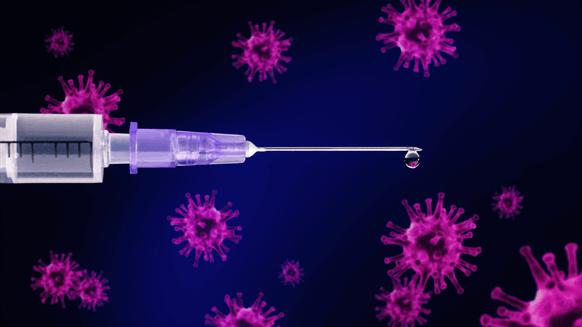 Oil gained the most in a week.

(Bloomberg) -- Oil gained the most in a week amid signals a Covid-19 vaccine is highly effective against the coronavirus, boosting optimism that an uptick in demand may be nearing.

Futures climbed 3% and the Dow Jones Industrial Average briefly touched an intraday record after Moderna Inc. said its vaccine had 94.5% efficacy in a preliminary analysis of a large, late-stage clinical trial. That followed similar positive developments from Pfizer on its vaccination last week, which buoyed risky assets globally. Prices were also supported by a monthly rebound in China’s oil processing.

“This is the news of the day and it’s bullish, so everybody’s buying in,” said Michael Lynch, president of Strategic Energy & Economic Research. Still, “it’s going to be months before a significant portion of the population is vaccinated.”

European consumption is wavering as lockdowns re-emerge, and in the U.S., comments from two of President-elect Joe Biden’s coronavirus advisers signal they favor more targeted local measures. The uneven demand outlook presents a challenge for OPEC+, whose monitoring committee meets Tuesday before a key policy gathering at the end of the month to decide on production.

A technical panel that advises OPEC+ ministers suggested the producer group consider delaying its planned output boost by between three to six months. The coalition -- led by Saudi Arabia and Russia -- is scheduled to increase crude production by almost 2 million barrels a day in January. The Joint Technical Committee came to the view that risks for the oil market are skewed to the downside.

On the supply side, Norway’s Mongstad oil terminal, which exports Troll and Johan Sverdrup crude, is experiencing a technical issue which may lead to six to seven weeks of reduced flows, according to a note to terminal clients seen by Bloomberg. A spokesman for Equinor ASA said operations at the Mongstad terminal are normal and that he could not confirm the note.

“Crude’s just back in the range it had been in for five months or so,” said Peter McNally, global head for industrials, materials and energy at Third Bridge. “It’s going to remain uncertain. 2021 is not going to be a full recovery year for oil.”

Beyond headline crude prices, the rally has also spilled over into timespreads where traders bet on the price of oil at different months. The spread between WTI’s nearest contracts closed at the narrowest contango in about a month. Brent spreads for the second half of 2021 also gained on the renewed prospect of a vaccine.

While India’s fuel demand pulled back slightly at the start of this month, there are still signs its crude purchasing is picking up. Indian Oil Corp. has issued a raft of tenders to purchase West African oil in recent days, while its buying of Nigerian cargoes has gained, traders said.

Yet, oil’s recent rally may not mean refiners are out of the woods yet. Plans to shut some 1.1 million barrels a day of U.S. refining capacity will proceed despite the recent vaccine announcements and some signs of demand recovery, according to Morningstar Inc.