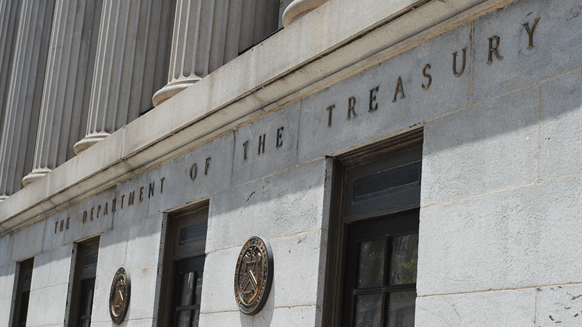 Oil surged the most in over a week in London as broader markets rallied on expectations of additional US stimulus boosting the economy.

(Bloomberg) -- Oil surged the most in over a week in London as broader markets rallied on expectations of additional U.S. stimulus boosting the economy.

Futures in London rose 2.1% on Tuesday. U.S. stocks gained as Treasury Secretary nominee Janet Yellen called on lawmakers to “act big” on stimulus, which could provide a boost to consumption while vaccines continue to be rolled out. A weaker U.S. dollar is also increasing the appeal for commodities that are priced in the currency.

“Yellen has implied there’s going to be stimulus for size and that implies we’re going to have demand creation,” said Bob Yawger, head of the futures division at Mizuho Securities. The expectation of a weaker dollar over the next few weeks “will start to supersize the reflation trade and crude oil is front and center as far as that’s concerned.”

Meanwhile, the oil futures curve is signaling growing expectations of supply tightness. Brent’s nearest contract is trading at a premium to the following month after settling at a discount on Friday. The flip to the bullish pattern known as backwardation strengthened sharply shortly before a key North Sea pricing window showed renewed buying interest from Unipec, the trading arm of China’s largest oil refiner.

West Texas Intermediate crude’s so-called prompt spread is also on the verge of flipping to backwardation for the first time since May, settling at parity on Tuesday.

But the near-term trajectory of oil’s demand recovery has lost some momentum as governments tighten restrictions to curb the spread of Covid-19. In China, there are government calls for citizens not to travel over the Lunar New Year holidays, while vast swaths of Japan are in a state of emergency and several European nations are still locked down.

OPEC Secretary-General Mohammad Barkindo said that while the producer group is cautiously optimistic about a recovery this year, the rebound is fragile. Meanwhile, the International Energy Agency cut its demand outlook for the rest of the year as the virus continues to impede mobility.

“Demand is a work in progress,” said Stewart Glickman, energy equity analyst at CFRA Research. “It’s starting to come back, but we’re not seeing a huge surge in demand that would give a little more confidence about how the economy’s doing.”

Still, despite the reduction in the IEA’s demand estimates, global oil stockpiles stand to fall by 100 million barrels in the first quarter and the agency sees much steeper declines in the second half of the year. That comes as traders have been rushing back to the market on expectations of a recovery in global growth later in 2021.

“A swift recovery in global mobility could create a substantial oil deficit in 2021 as herd immunity takes hold across a major economies,” Bank of America Global Research said in a report. Still, “with a clear risk of new lockdowns ahead due to the new virus strains and refinery crude demand set to ebb off seasonally, we see limited upside to crude oil prices in the very near-term.”

There have also been small pockets of supply outages in recent days. Kazakh oil production fell by about 300,000 barrels a day on Monday due to planned maintenance, while Libyan output slipped over the weekend on pipeline repairs.

--With assistance from Alex Longley and Sherry Su.