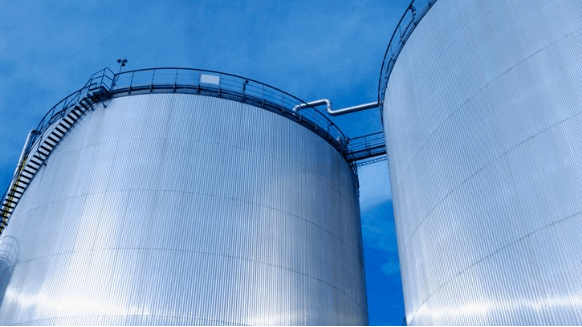 Oil fell this week amid growing concerns that another wave of the coronavirus pandemic will spark tighter lockdown measures and further stifle crude demand.

(Bloomberg) -- Oil fell this week amid growing concerns that another wave of the coronavirus pandemic will spark tighter lockdown measures and further stifle crude demand.

New York futures edged lower Friday and fell 2.1% on the week. The number of U.S. coronavirus cases rose above 7 million, according to data from Johns Hopkins University. Meanwhile, a second governor tested positive for Covid-19 as cases surge around the country.

At the same time, the market is contending with returning supply. Oil traders have reported a sharp increase in Iraqi exports for next month, while output from Libya has shown signs of rising this week.

“There are concerns about the stalling economic recovery,” said Phil Streible, chief market strategist at Blue Line Futures LLC in Chicago. When the world gets a vaccine, widespread reopenings and a meaningful increase in travel, “that’s when you’re going to start to see demand pick up” and prices rally.

U.S. crude’s gradual climb since May has come to a halt in September, with futures on track to drop about 5.5% this month. Still, Goldman Sachs Group Inc. said oil consumption is currently just above 93 million barrels a day and may rise 1.8 million a day to the end of the year. Yet, any meaningful recovery in consumption has so far been held back by the lingering pandemic.

“We’re going to be range-bound for a while until there’s the perception that the bulk of the Covid impact on demand is behind us,” said Michael Lynch, president of Strategic Energy & Economic Research. Additionally “if the OPEC+ deal starts to fall apart and we get a lot more crude, that would send prices down.”

In a sign of just how damaging the virus has been to oil demand, the industry’s largest tankers next year will earn 8% less than they were anticipating back in May, according to a survey of shipping analysts by Bloomberg. That comes as nations including Saudi Arabia and Russia have drastically scaled back output, draining the hoard at sea and diminishing the flow of cargoes.

The spread between Nymex gasoline futures and WTI rallied over 9% on Friday toward $10 a barrel. Still, the so-called crack remains at its lowest seasonally since 2013. At the same time, Gulf Coast gasoline climbed to a one-month high as refiners snapped up winter-grade fuel and on dwindling fall stockpiles.

“The gasoline crack spread strength is notable today, but it is hard to get too excited given the seasonal weakness that lies ahead for RBOB,” said Ryan Fitzmaurice, commodities strategist at Rabobank. At the same time, “the market needs to see the distillate crack perk up if there is to be a fundamentally sustainable crude rally.”

Meanwhile, the physical market for actual barrels of crude isn’t providing much optimism either. Bakken crude for delivery at Clearbrook, Minnesota, this week hit the largest discount to Nymex WTI futures in two weeks.