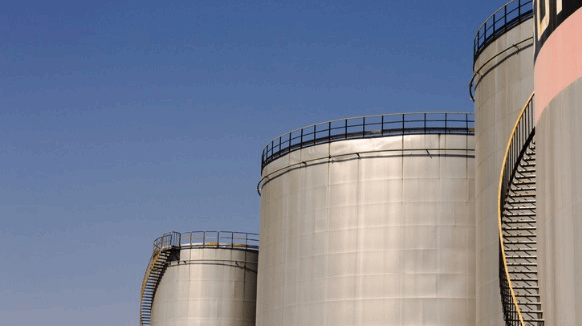 Oil's rally has hit a ceiling.

(Bloomberg) -- Oil’s rally has hit a ceiling, with U.S. crude inventories holding near a record high and gasoline demand still at the weakest seasonal level in more than 20 years.

Futures in New York closed at a four-month high, but the U.S. benchmark crude has traded within a tight $2 range this month, struggling to hold above $41 a barrel. An Energy Information Administration report showing that domestic crude stockpiles rose by 5.65 million barrels last week is only adding to the malaise. While gasoline demand is improving -- particularly on the East Coast, where coronavirus cases are slowing -- seasonal consumption remains at a two-decade low.

“It’s going to be tough to get prices to move much higher than $40,” said Bill O’Grady, executive vice president at Confluence Investment Management LLC. “There’s still a ton of demand weakness. It’s getting better, but there’s still a lot of weakness.”

Economic uncertainty driven by the pandemic is locking oil into a holding pattern. Virus cases are spiking in gasoline-guzzling states including Texas and Florida, prompting leaders to re-impose restrictions that could dampen consumption further. Oil market volatility has tumbled and trading volumes have fallen by about a third since the start of this month.

New virus cases topped 10,000 in Texas for the first time, reaching 210,585, while in Florida cases jumped 4.7% to 223,783. Confirmed cases in the U.S. have now surpassed 3 million, representing more than a quarter of all cases globally, according to data compiled by Johns Hopkins University.

Oil demand next year will be only at 2017 levels, effectively meaning the coronavirus pandemic will have destroyed four years of growth, according to Standard Chartered.

The EIA report also showed U.S. distillate stockpiles reached the highest level since January 1983, signaling that trucking and other industrial activity remains far below normal. At the same time, gasoline inventories declined by the most since March, led by the East Coast, suggesting that more people are hitting the road. Domestic output held steady at 11 million barrels a day.

“With U.S. production not showing additional reductions and the rate of demand growth slowing due to new Covid-19 breakouts in large states such as Texas, Florida, and California, crude will likely continue to have a hard time rallying much above $40,” said Bart Melek, global head of commodity strategy at TD Securities.

To contact the reporters on this story:
Jessica Summers in New York at jsummers24@bloomberg.net;
Andrew Marquardt in Chicago at amarquardt6@bloomberg.net

To contact the editors responsible for this story:
Jasmina Kelemen at jkelemen2@bloomberg.net
Mike Jeffers, Christine Buurma