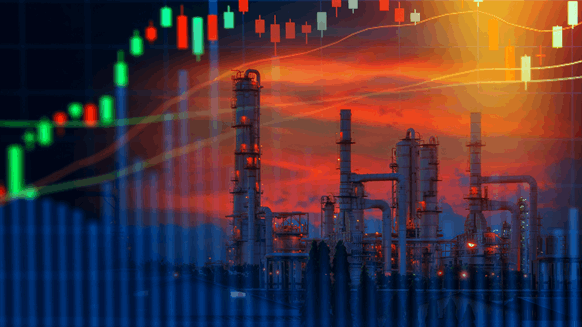 Oil fell to the lowest in a week.

(Bloomberg) -- Oil fell to the lowest in a week after U.S. crude stockpiles topped half a billion barrels and the International Energy Agency said global supplies are plentiful.

Futures in New York slipped 0.3% on Wednesday, closing out the longest stretch of declines in more than six months. A U.S. government report showed domestic oil supplies rose for a fourth straight week. Further adding to downbeat sentiment, the IEA said that oil markets are not on the verge of a new price supercycle and any concerns of a supply shortfall are misguided.

Late in the session, prices pared some losses alongside a weaker dollar after the Federal Reserve continued to project near-zero interest rates at least through 2023 and upgraded its economic outlook.

“We’re still working through the ramifications of the freeze-off and it’s going to cause odd storage levels in different locations,” said Quinn Kiley, a portfolio manager at Tortoise, a firm that manages roughly $8 billion in energy-related assets. At the same time, “there’s the overhang of spare capacity from OPEC+.”

While OPEC+ output cuts and vaccine breakthroughs have spurred a strong rally this year, prices have wavered in recent weeks as the demand rebound continues to be patchy and supply risks linger. Consumption is roaring back in some regions including the U.S., but parts of Europe are struggling.

OPEC and its allies could quickly deploy their stalled production spare capacity to quash oil price rallies, the IEA said. Meanwhile, the agency said in a separate report that demand won’t return to pre-virus levels until 2023.

While refinery outages from last month’s polar blast and a faster recovery in U.S. crude production have played a role in backing up domestic oil inventories, a decline in foreign demand for U.S. crude exports has also helped drive stockpile gains.

Recovering refineries are coming back to some of the best margins in years. The refining margin for gasoline, a rough profit gauge for processing crude, has held above $20 a barrel since late last month, at the highest seasonal level since 2015.

“We are more or less returning back to normal here,” said Tom Finlon of Brownsville GTR LLC, a trading and logistics firm based in Houston. “Production of gasoline versus demand and production of distillate versus demand should be on a fairly even keel going forward.”