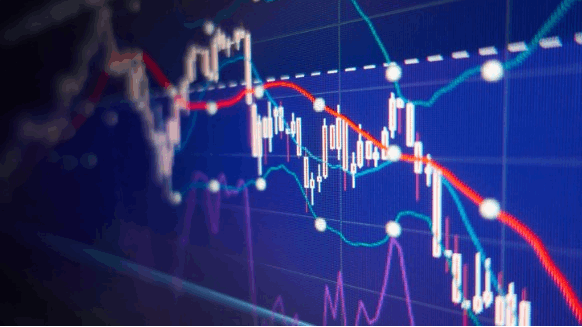 Oil fell the most in nearly a week.

(Bloomberg) -- Oil fell the most in nearly a week as investors assessed the International Energy Agency’s reduced forecasts for global oil demand in part due to a slowdown in air travel.

U.S. crude futures lost steam and declined 1% on Thursday after closing at a five-month high on Wednesday. The IEA reduced its demand estimates for almost every quarter through to the end of next year. Air travel remained two-thirds lower than last year in July, normally a peak month because of holiday flying, it said in a monthly report.

The downward revisions in the IEA report signaled that “oil prices have been getting a bit ahead of the economic recovery,” said Michael Lynch, president of Strategic Energy & Economic Research. “It reflects a shift of sentiment from recovery toward stalling economic growth.”

Still, the IEA said world markets should tighten during the rest of the year with OPEC nations keeping production limited.

The IEA report followed a report from OPEC, which warned that its rivals in the U.S. shale-oil industry are being hit less hard by the market downturn than it previously expected. As the oil market struggles to work down a persistent inventory overhang, the pace of drawdowns in global crude supplies will slow in August, September and more dramatically in October, according to Energy Aspects Ltd.

“The fundamental news of crude oil depletion in the United States is met with increasing OPEC supply and diminishing demand views from bodies like the IEA,” said Tom Finlon of GF International. “It’s a lot of things pulling in different directions, and when that occurs, markets get range-bound.”

In a sign of lingering demand weakness, the U.S. average retail price for gasoline could dip back below $2 a gallon in the fourth quarter, especially in the event of a resurgence of Covid-19 cases and the flu, according to auto club AAA. Elsewhere, a company majority-owned by Royal Dutch Shell Plc said it will shut a 110,000 barrel-a-day refinery in the Philippines.

“The fundamentals are not really there to see a major recovery” in crude futures, said Andrew Lebow, senior partner at Commodity Research Group. “There certainly could be some risks on the demand side, depending on the path of the virus.”

To contact the editors responsible for this story:
Jasmina Kelemen at jkelemen2@bloomberg.net
Mike Jeffers, Jessica Summers