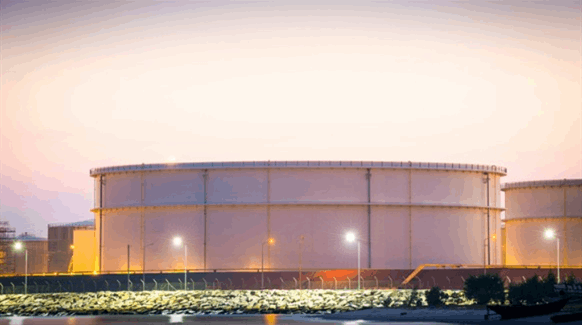 Futures in New York ended the session little changed just under $41 a barrel after earlier falling as much as 4.4%. The Energy Information Administration reported a decline in U.S. crude and gasoline inventories as well as a 7.25-million-barrel draw in distillate supplies, the most since 2003, providing optimism around a tightening supply picture.

Still, a return to normal demand levels may be far off. In the U.S., applications for state unemployment benefits unexpectedly jumped last week to the highest since August and coronavirus cases are continuing to rise around the world, leading to tighter restrictions in European cities like Paris and London. Adding to the global supply picture, Libyan oil production is said to have reached 500,000 barrels a day.

“We’re seeing a slow, but healthy rebalancing in the market,” said Matt Sallee, portfolio manager at Tortoise, a firm that manages roughly $8 billion in energy-related assets. “As long as product demand keeps moving steadily in an improving direction, this will be more than a blip.”

Tightening U.S. crude supplies are a welcome sign for a market that’s facing the return of Libyan production and OPEC+ plans to ease production cuts in January. OPEC Secretary-General Mohammad Barkindo said the alliance won’t allow the oil market to plunge again. However, rising coronavirus cases could still put a halt to any hope of a sustained recovery.

“The virus and economic growth still are the biggest swing factors in terms of demand growth and oil prices over the next three, six months,” said Rob Haworth, senior investment strategist at U.S. Bank Wealth Management. “You’re still left with a market that is awash in barrels of oil with limited demand growth.”

The EIA report also showed inventories at the nation’s largest storage hub at Cushing, Oklahoma, rose by the most since April as Hurricane Delta crimped crude demand from refiners on the U.S. Gulf Coast.

“For folks that don’t want to take delivery in the Gulf Coast, any north and south pipeline movements would be diverted to Cushing instead,” said Bob Yawger, head of the futures division at Mizuho Securities. “There’s no reason to jam barrels into an unknown situation.”

Meanwhile, the forward curve for both crude markets is showing some strength. The spread between Brent’s nearest contracts is at its narrowest in more that two months, signaling easing concern of oversupply. At the same time, the price difference between WTI’s nearest December contracts is at its smallest contango structure since late August.