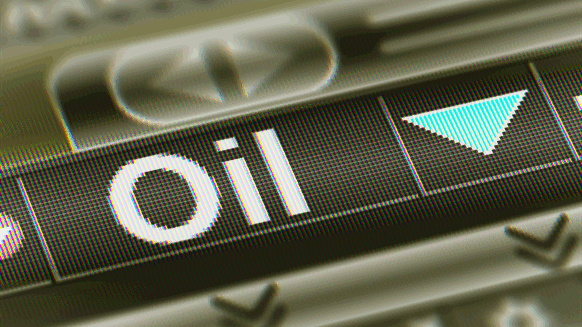 Futures in New York ended a sixth-day winning streak with a 0.6% decline on Wednesday, holding beneath their upper Bollinger band. Crude settled the previous session above the technical indicator, a sign the rally was due for a pullback. While an Energy Information Administration report showed U.S. crude inventories fell by over 3 million barrels last week for a fifth drop in a row, the report also showed builds across gasoline and distillate stockpiles.

Adding further pressure, the Bloomberg Dollar Spot Index strengthened as much as 0.3% on Wednesday, reducing the appeal for commodities priced in the greenback.

“It’s good to see another crude draw” and the remainder of the year should “continue to have drawdowns in overall inventories, especially if OPEC compliance remains pretty strong,” said Brian Kessens, a portfolio manager at Tortoise, a firm that manages roughly $8 billion in energy-related assets. Still, “the refined products side was a little bit disappointing for those people who wanted to be more bullish.”

Prices are gaining some support as cold weather is seen increasing consumption at a time when the supply outlook has already been tightening. Goldman Sachs Group Inc. sees demand getting a boost of at least 1 million barrels a day, while in Japan, power generators have been buying cargoes of low-sulfur fuel oil for the purpose of direct burning, according to traders. Meanwhile, Saudi Arabia trimmed February supplies to at least 11 refiners in Asia and Europe after announcing surprise production curbs last week.

Still, the market faces a precarious demand picture in the near term as the world tries to emerge from the pandemic. U.K. road vehicle use was down 42% on pre-Covid levels last week, while aircraft tracking in early 2021 shows little sign of any meaningful rebound in flight numbers.

“Reimposed public health measures in a number of countries constitute a warning that downside impacts on demand are not entirely behind us,” Michael Hsueh, a strategist at Deutsche Bank AG, said in a note. “However, it is exactly this risk that
Saudi Arabia has seen fit to guard against,” with the announced cuts serving as “an insurance policy against inevitable demand weakness, buying time for global vaccination programs to take effect by the end of the year.”

A trading executive at Total SE said Wednesday that by the northern hemisphere’s summer, oil-product demand should be back at 2019 levels, excluding jet fuel. Use of aviation fuel is unlikely to recover until the third quarter, Mike Muller, Vitol’s head of Asia, said Wednesday.

“We have a positive outlook,” Russell Hardy, chief executive officer of trading house Vitol Group, said in a Bloomberg Television interview. “The market as usual is racing ahead and factoring in that positive news of a vaccine and the expectation of a better summer and a better second half of 2021.”

--With assistance from Guy Johnson.