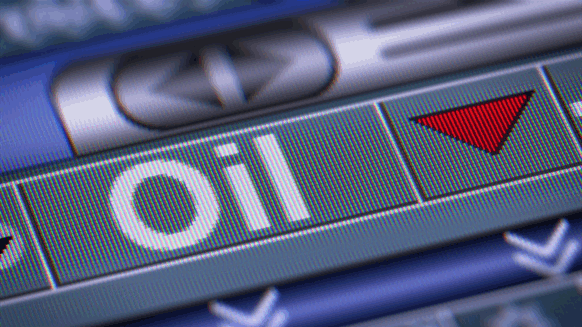 Oil declined the most in almost two weeks.

(Bloomberg) -- Oil declined the most in almost two weeks as U.S. equities slid on mounting worries over prolonged coronavirus restrictions, while the prospect of Libya resuming exports added to supply concerns.

Crude futures in New York fell 4.4%. At the same time, the S&P 500 slumped to the lowest intraday level since July. Libya is moving closer to reopening its battered oil industry after it told companies to resume production at some fields that are free of foreign mercenaries and fighters. This will add to already rising supply from OPEC+ nations.

There was a “dramatic selloff in equity markets and other commodity markets, and petroleum markets took part in it,” said Andrew Lebow, senior partner at Commodity Research Group.

U.S. benchmark prices jumped 10% last week after Saudi Arabia, the most influential member of the Organization of Petroleum Exporting Countries, sought to defend the market. But a troubling demand picture continues to weigh on the market. China National Petroleum Corp. -- the country’s biggest oil company -- see demand for refined petroleum products peaking around 2025. BP Plc last week became the first supermajor to call the end of the era of oil-demand growth.

As U.S. deaths related to Covid-19 approached 200,000, former Food and Drug Administration Commissioner Scott Gottlieb said he expects the nation to experience “at least one more cycle” of the virus in the fall and winter.

“There are legitimate demand concerns,” said Peter McNally, global head for industrials, materials and energy at Third Bridge. “If we go into another lockdown, we are going to see inventories build.”

Meanwhile, the U.S. Gulf Coast is preparing for another storm, with companies shutting production or evacuating staff at some platforms and the Houston Ship Channel closing due to Tropical Storm Beta. The storm has unleashed flooding on southeastern Texas and will hammer the Gulf Coast into eastern Louisiana with heavy rain, even as the storm loses power on its approach to shore.

Libya’s National Oil Corp. is ending force majeure -- a legal status protecting a party that can’t fulfill a contract for reasons beyond its control -- at “secure” facilities in the conflict-ridden nation and has told companies to resume production. The country’s overall oil production is set to reach 310,000 barrels a day in a few days from the current 90,000 a day, according to a person with direct knowledge of the situation.