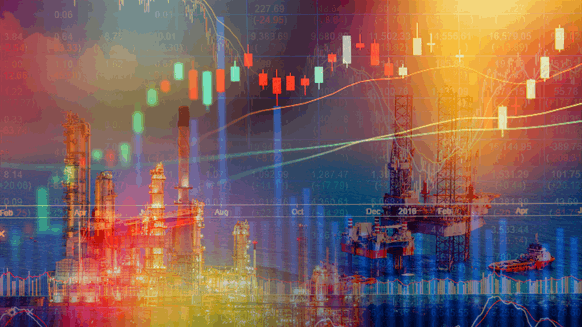 Futures fell 2.4% in New York on Friday but still posted the largest weekly gain in a month.

(Bloomberg) -- Oil declined for a second session as rising Covid-19 cases threatened to derail demand with tougher restrictions in major U.S. cities on the horizon.

Futures fell 2.4% in New York on Friday, but still posted the largest weekly gain in a month as optimism from news of a potential Covid-19 vaccine breakthrough jolted markets earlier in the week. Despite the measure of hope for the long-term, U.S. cities from the West to East coasts have imposed stricter measures to slow surging case counts, raising concerns that the virus will further crimp demand for fuel. Gasoline futures also slumped.

“In the U.S., the virus spread is exponential and right now many states are probably going to be forced to deliver stricter measures and return to lockdowns,” said Edward Moya, a senior market analyst at Oanda Corp. “That’s going to cripple economic activity and put further pressure in the short-term as far as the crude demand outlook goes.”

Before concerns over lockdowns set in, futures also got support from signs the OPEC+ alliance is inching closer to delaying a planned output increase in January. But downbeat demand forecasts from the International Energy Agency and OPEC have clouded hopes of a recovery. At the same time, governors of states along the U.S. West Coast issued travel advisories, following measures recently imposed in New York and Chicago.

Meanwhile, crude supply in Libya is rising. The country’s production rose to 1.145 million barrels a day on Friday, according to a spokesman for its state-run National Oil Corp.

“The most likely pattern is we continue to have choppy trading in November,” said Jay Hatfield, CEO at InfraCap in New York. “We have this push-pull for the next month of probably good-to-great news on treatments and vaccines juxtaposed with probably continued skyrocketing in cases and headlines about hospitals being filled.”

In Europe, where motorway traffic is down by almost 50% in some countries, demand is stuttering anew. That’s impacting crude, with six supertankers of unwanted North Sea oil continuing to float in the region. Meanwhile, vehicle miles traveled on U.S. highways fell last week in another sign Americans are keeping off the roads amid the pandemic.

Refining margins were left behind in the oil market rally that lifted not only headline prices this week, but also led to strong moves along the forward curve. The combined refining margin for gasoline and diesel, which is a rough gauge for the profitability of processing a barrel of oil, slid on Friday for a third straight session to near $8 a barrel. Refineries typically need the so-called crack to be above $10 a barrel to turn a profit from processing crude.

“The early week oil price rally was a pain trade for many,” Ryan Fitzmaurice, commodities strategist at Rabobank, said in a note. “On top of the technical resistance, the refined products sector gave up ground on crude oil this week and crack spreads moved lower in a strong sign that end-user demand is still challenged despite the potential for a vaccine in the not distant future.”