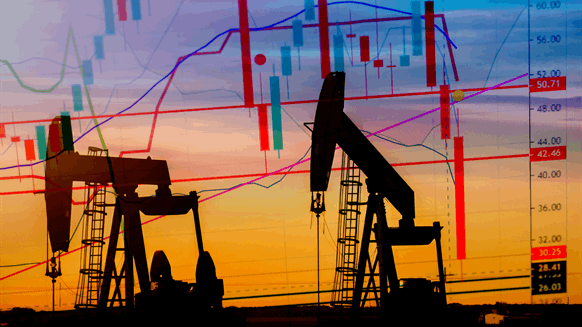 Futures in New York fell 0.5%. Premiums for Russia’s ESPO crude, a favorite of refiners in Asia, have fallen by more than $1 since last month, according to traders who asked not to be identified. A flurry of new Covid cases in China and flare-ups in other major regional consumers like Japan are menacing demand. Gaps in access to vaccines raise concern that the continued spread of the virus will breed more dangerous versions.

But while a second daily rise in the dollar helped force oil lower on Monday, other data prevent a steeper decline. Chinese refiners processed record volumes of crude in December -- about 14 million barrels a day -- in a sign of just how strongly consumption in the world’s largest crude importer had rebounded late last year. OPEC+ output cuts and the rollout of Covid vaccines helped push prices to a 10-month high at the start of 2021.

“The virus will be beaten, and the foundation of economic recovery was laid down in the second half of last year,” said Tamas Varga, an analyst at PVM Oil Associates Ltd. As a result, the pullback in prices “might prove to be short-lived,” he said.

Libya’s oil output, meanwhile, has dropped by about 200,000 barrels a day because of a leaking pipeline. The decline underscores how difficult it is for the country to maintain production after almost a decade of civil war.

Volumes of crude stored at sea are also continuing to fall as the market rebalances. Floating storage slipped to 80 million barrels last week, according to Vortexa Ltd, the lowest since April.