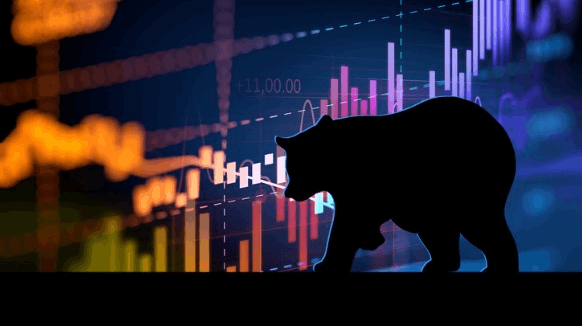 Oil dipped to its lowest level in nearly a month.

(Bloomberg) -- Oil dipped to its lowest level in nearly a month with a stronger dollar, looming extra supplies from Iraq and depressed demand all contributing to the bearish sentiment.

U.S. benchmark crude futures dropped 0.3% on Thursday. Investors are turning more risk averse, with U.S. equities tumbling by the most in almost three months, while a stronger greenback pares demand for dollar-denominated commodities. Meanwhile, Iraq signaled it may seek an extension to implement extra output cuts as part of the OPEC+ deal.

“You’ve got a bit of a correction going in equity markets after a very strong performance yesterday, hitting risk appetite broadly and oil is getting caught up in this,” said Bart Melek, head of global commodity strategy at TD Securities. “At the same time, we continue to respond to concerns in that there may be more oil than there had been anticipated.”

Still, futures in New York pared losses during the session and bounced off their 200-day moving average -- a key technical support level -- staving off the dip below $40 a barrel. Prices last closed below the psychological round number in early July.

After four straight months of rallies, U.S. benchmark crude futures are off to a weak start in September with demand seen softening further as refineries begin seasonal maintenance. The global recovery from the pandemic continues to be spotty, with some areas in the process of reopening their economies while others are facing new surges in infections. On the supply side, OPEC+ began to taper production cuts in August, with Saudi Arabia raising output by just over 400,000 barrels a day during the month.

Refinery maintenance in the fall typically leads to reduced demand for crude and profit margins for refiners at the weakest seasonally in about a decade does not provide much incentive for plants to continue to operate.

If refining margins remain weak, there could be reason “for more extensive turnarounds this time, because the opportunity cost of being down isn’t quite as high,” said Stewart Glickman, energy equity analyst at CFRA Research. “But it’s still a wait-and-see.”

Further casting a pall over markets, the shape of WTI’s forward curve has weakened this week. WTI’s near-term contract is at the biggest discount to its second-month contract since June, a deeper contango that indicates growing concern about oversupply.

The current lack of strength in the futures market is also being mirrored in physical markets. Key North Sea grades that help price much of the world’s crude shrank in value this week. North Sea traders offered five cargoes on Wednesday, following seven on Tuesday in a pricing window organized by S&P Global Platts. No buyers emerged for any of those volumes.

Europe’s sluggish demand was also signaled by a plunge in profits from diesel production to the lowest since at least 2011.

--With assistance from Saket Sundria and Alex Longley.