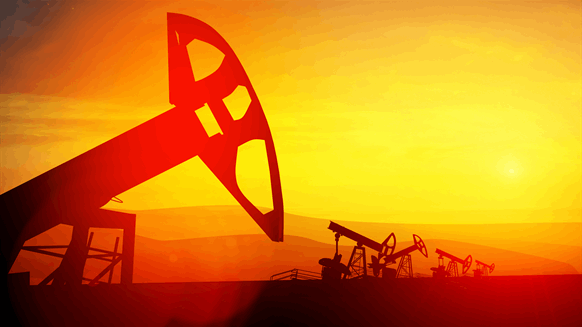 Oil rose for a fifth straight week with support from an OPEC+ deal and hopes for another round of US stimulus.

(Bloomberg) -- Oil rose for a fifth straight week with support from an OPEC+ deal and hopes for another round of U.S. stimulus.

Futures in New York and London closed at fresh nine-month highs on Friday, with signs that momentum is building toward a fiscal stimulus plan that could provide an immediate demand boost, before a vaccine is widely available.

Prices had already been rising after OPEC+ reached a compromise agreement that offers something for members concerned about the fragility of the market, as well as nations who want to pump more to take advantage of higher prices. The agreement involves adding 500,000 barrels a day of production to the market next month, then hold monthly meetings to decide on subsequent moves.

“At the beginning of the week, there was a sense that there would be no stimulus, and now it looks like there will at least be some limited aid and enough to make a difference in the U.S.,” said Michael Lynch, president of Strategic Energy & Economic Research. Meanwhile, “OPEC+ members seem to be sticking to the idea of keeping production down,” even if the decision wasn’t what had widely been expected.

Oil has recently reached the highest levels since March amid optimism over an impending vaccine rollout lifting demand next year. Alongside the rally in headline crude prices, the oil futures curve is signaling tighter supply as demand in Asia booms and the key North Sea market strengthens. The prompt timespread for Brent crude moved back into backwardation this week, while the nearest December contract is trading at a higher level than the same contract for December 2022.

“The fact that Asian countries have been coming out of this situation for several months, that’s been the one bright spot,” said Josh Graves, senior market strategist at RJ O’Brien & Associates LLC. “The trend is likely going to continue and be the biggest single driver for demand at least in the short term.”

While Democrats and Republicans have been at an impasse for months over another round of U.S. fiscal stimulus, signs of progress have led broader markets to rally heading into the weekend. House Speaker Nancy Pelosi said she and Senate Majority Leader Mitch McConnell have discussed attaching the relief measures to an omnibus spending bill that the parties are working on separately to keep the government funded beyond Dec. 11 into 2021.

Meanwhile, the rally in headline crude prices isn’t a welcome sign for every corner of the market. Europe’s beleaguered oil refineries are struggling to pass on the higher cost to buyers as they face weak fuel demand due to the pandemic. In the U.S., the combined refining margin for gasoline and diesel remains near $9 a barrel at its lowest in roughly a decade for this time of year.