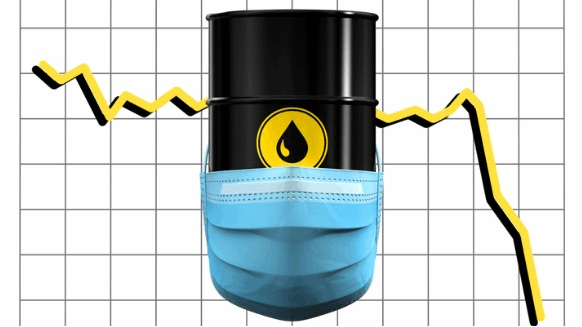 Oil posted the worst quarter on record after the coronavirus crushed demand and raised fears about overflowing storage tanks.

(Bloomberg) -- Oil posted the worst quarter on record after the coronavirus crushed demand and raised fears about overflowing storage tanks amid a price war that has flooded the market with extra supply.

Futures in New York edged higher on Tuesday but still ended the quarter down more than 66%. While Brent and West Texas Intermediate futures held above $20 a barrel, the underlying, physical market flashed signs of distress. The gap between paper market trades and real barrels has widened to multi-decade highs in some cases, suggesting financial flows are supporting the futures market.

“The prices of the physical barrels are showing a lot more distress than the paper benchmarks,” said Roger Diwan, oil analyst at IHS Markit Ltd.

With demand weakening by the day and producers slow to cut output, Dated Brent, the benchmark for about two-thirds of the world’s physical oil, was assessed at $17.79 a barrel on Monday, the lowest since 2002. Across major shale regions in Texas and North Dakota, oil remains below $10 a barrel, while some lesser known grades have posted negative prices.

From shuttering and reduced throughput at refiners from South Africa to Canada, to major consuming countries like India pulling back, the additional oil supply and lower demand has reverberated around the globe. Saudi Arabia is unleashing a flood of oil to Europe and traders expect Aramco to slash prices for Asia further. To make matters worse, space to store the huge oversupply is quickly running out.

Goldman Sachs’s Jeff Currie said on Bloomberg TV that even Russia is “extremely vulnerable” to oil storage and infrastructure limits because its fields require thousands of miles of pipelines to get to buyers.

Oil tanks around the world could fill in six weeks, a move that will likely force significant production shut-downs, Standard Chartered analysts including Emily Ashford wrote in a report.

Brent futures are signaling a historic glut is emerging. The May contract traded at a discount of $13.66 a barrel to November, a more bearish super-contango than the market saw even in the depths of the 2008-09 global financial crisis. The WTI equivalent discount is at $12.43 a barrel.

The pressure on U.S. producers and drillers is growing as the rout has caused firms to cut capital spending budgets, accelerate restructuring and lay off workers. Now, even Texas oil buyers have been asking for large production cuts as crude flows overwhelm pipelines and storage, according to Pioneer Natural Resources Co. Senators are asking President Donald Trump to take action, after he agreed with Russian President Vladimir Putin that current prices do not suit the interest of either country.

To contact the editors responsible for this story:
David Marino at dmarino4@bloomberg.net
Mike Jeffers, Jessica Summers