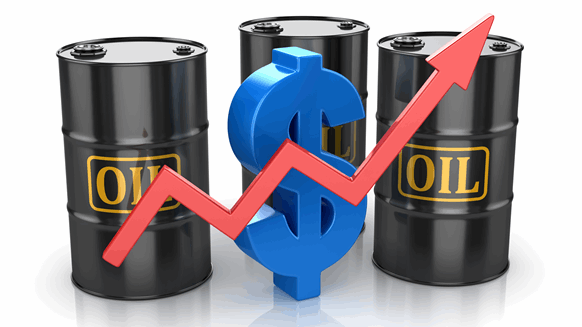 Investor confidence was lifted after China reassured the international community that a huge spike in new coronavirus cases was a one-off event.

(Bloomberg) -- Oil clinched the best weekly gain for the year on signs the worst economic impacts of the lethal viral outbreak have been accounted for, easing concern about free-falling demand for crude.

Futures advanced 1.2% in New York on Friday, settling above $52 for the first time this month. Investor confidence was lifted after China reassured the international community that a huge spike in new coronavirus cases was a one-off event. The optimism outweighed Goldman Sachs Group Inc. slashing its 2020 crude-demand growth forecast almost in half and lowering its first-quarter oil-price estimate by 16%.

The Organization of Petroleum Exporting Countries and its allies have signaled a desire to stabilize the oil market that has tumbled almost 15% this year as the coronavirus wreaked havoc on the world’s second-largest economy and beyond.

The past two weeks have been rife with uncertainty for oil markets as Riyadh’s push for an early meeting in February and fresh production cuts face an impasse with Russia.

OPEC and its allies were close to abandoning any plans for an emergency meeting though Saudi Arabia had not given up on the proposal outright, several delegates from the group said on Friday. The outbreak has intensified concerns about crude demand, prompting technical experts from the coalition to propose deepening the current supply cuts by 600,000 barrels a day to relieve excess inventories.

Chinese independent refiners have seized on the recent slump in oil prices to bulk up on cheap cargoes in a sign that they may be positioning for an eventual rebound in demand.

West Texas Intermediate crude for March delivery gained 63 cents to settle at $52.05 a barrel on the New York Mercantile Exchange.

Brent for April settlement rose 1.7% to settle at $57.32 on the ICE Futures Europe exchange.

The structure of the Brent futures market also flipped into a backwardation, signaling that some of the oversupply may have eased.

Meanwhile, Kuwait and Saudi Arabia will resume oil production from their shared fields this month, more than five years after a dispute halted supply. The projects will bring additional production capacity to an oil market that’s already dealing with excess supply.

To contact the editors responsible for this story:
David Marino at dmarino4@bloomberg.net
Christine Buurma