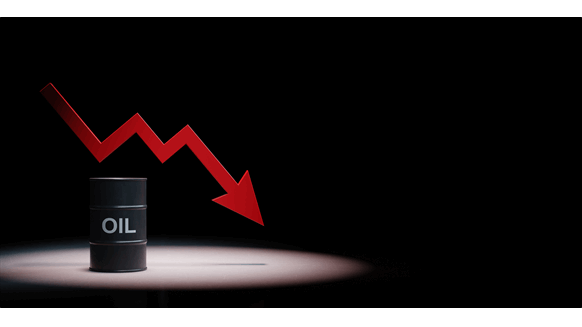 Coronavirus clouded the demand outlook and OPEC awaited Russia's decision on whether to cut production.

(Bloomberg) -- Oil declined for the fifth straight week as the spreading coronavirus clouded the demand outlook and OPEC awaited Russia’s decision on whether to cut production.

Futures in New York fell 2.4% for the week, posting the longest weekly losing streak since 2018. Chinese refiners are processing 15% less crude than before the outbreak as the infection crimps demand. Meanwhile, Russia hesitated to accept a proposal by OPEC+ to cut output by 600,000 barrels a day. Russian Energy Minister Alexander Novak promised an answer to the proposal in “days.”

“It’s wait and see right now,” said Rob Haworth, who helps oversee about $150 billion at U.S. Bank Wealth Management in Seattle. “Investors have tried to reprice for what they think demand shortfall could be due to the coronavirus and the quarantines, but all those are really guesses for everyone at the moment.”

In the U.S., gasoline futures rose to the highest in more than a week after Phillips 66 shut the sole fuel-making unit at its Bayway refinery in New Jersey, the largest on the East Coast. Futures rose 1.7% to settle at $1.5239 per gallon.

Majors including Total SA and BP Plc projected a significant hit to global oil demand this year due to the virus, compounding fears of a supply glut plunging the market’s structure into a bearish contango.

Both state-owned and private refineries in China have scaled back processing by at least 2 million barrels a day over the past week, said people with knowledge of operations at the nation’s largest complexes. So-called throughput could fall further as demand for aviation and transportation fuels continues to shrink as entire cities remain locked down and travel is restricted, the people said.

West Texas Intermediate for March delivery fell 63 cents to settle at $50.32 a barrel on the New York Mercantile Exchange.

Brent for April delivery lost 46 cents to settle at $54.47 a barrel on the London-based ICE Futures Europe exchange putting the premium over WTI at $3.92.

China’s January trade data was scheduled to be released Friday, but will instead be announced together with February’s numbers, according to the customs administration.

--With assistance from Alex Longley and James Thornhill.